For years and years, the LS swap has really reigned supreme in the world of engine ...

For years and years, the LS swap has really reigned supreme in the world of engine swaps. In fact, it’s probably the most common swap that we see across pretty much every make and model of automobile. However, for those looking to try a little bit of something different, there are definitely other swaps out there that are worthy of attention.

Because of the LS swap phenomenon, most of the time, it’s Chevrolet power going under the hood of other types of vehicles. This time, though, we check out the inverse as the body of a Chevrolet has been graced with the presence of a Ford power producer under the hood. It’s not just any Ford application, either, as this car flexed its muscles, laying down over 2300 horsepower on FuelTech’s dyno.

The owner goes by the name of Ducky Johnson and has built up quite the reputation for himself in X275, says FuelTech. They say that he’s starting to really turn heads with the goal of running the Limited Drag Radial category with the help of his 2002 Chevy Camaro SS, all with Ford power under the hood.

FuelTech continues, “The engine comes from Bennett Racing Engines, one of the leaders in the small-block Ford category for nearly 30 years, and it features a special set of billet cylinder heads to help direct the airflow. Two other major ingredients for the robust small-block are the Precision 118mm turbocharger and the full catalog of FuelTech goodies to keep it running smooth and under control. The car has already run a best of 4.12 and the team is gunning for 3-second passes in Limited Drag Radial competition.”

They continue, “Lofty goals require the utmost control and the FT600 engine management system is an all-inclusive unit, streamlining data analysis and vehicle functions through the FTManager software.”

The car also features the FTSPARK GEN I ignition system with matching FuelTech smart coils which they claim used to be one of the most powerful on the market. It’s still a solid unit even though their GEN II version has come along as well as FTSPARK EXTREME, which FuelTech says to be a bit more powerful.

Below, we get to see all of these components come together and really roar to life. In the scheme of things, Ford power under the hood of a Camaro has certainly stirred the pot but it’s hard to argue with a combination making such insane power! 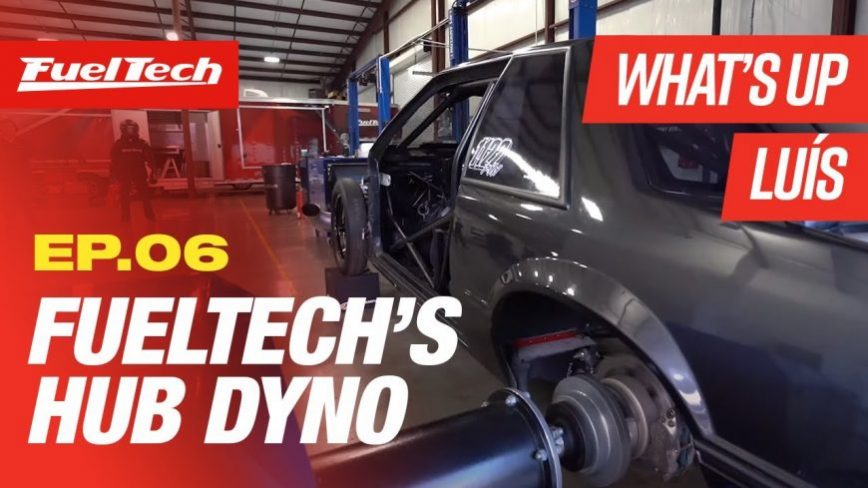