If you are one of the over 9 million people who has followed along with the antics of ...

If you are one of the over 9 million people who has followed along with the antics of the Crazy Russian Hacker, you might be aware that this guy has a serious infatuation with liquid nitrogen, using it in all kinds of different and crazy experiments that you can’t help but want to watch.

This time, the hacker is at it again and using the substance in three more experiments that put it to the test to see if the liquid nitrogen can play nice when exposed to other substances. The results may prove to be just a little bit shocking and we think that you will want to see them for yourself!

First up, the nitrogen is exposed to soap bubbles to see exactly how the bubble will react to the mixture. When the two nearly touch and the bubble freezes, it’s really a sight to see. Furthermore, when the experiment is all done with and the Crazy Hacker dumps all of the remaining soap bubbles in the liquid nitrogen, it creates a really interesting visual.

Finally, Hacker breaks out a balloon and a beaker to show just how quickly the liquid nitrogen can lower the temperature inside of the beaker, completely sucking all air from the balloon. The result is pretty interesting to watch. Check out the video below that shows these three experiments that are complimented nicely by the Crazy Russian’s eccentric personality to make the perfect liquid nitrogen mix!

What Happens if you Pour Liquid Nitrogen in Gasoline? 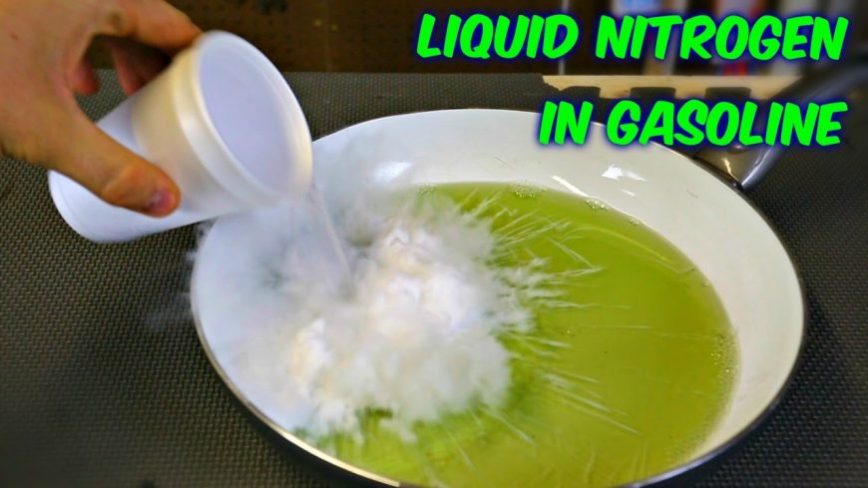