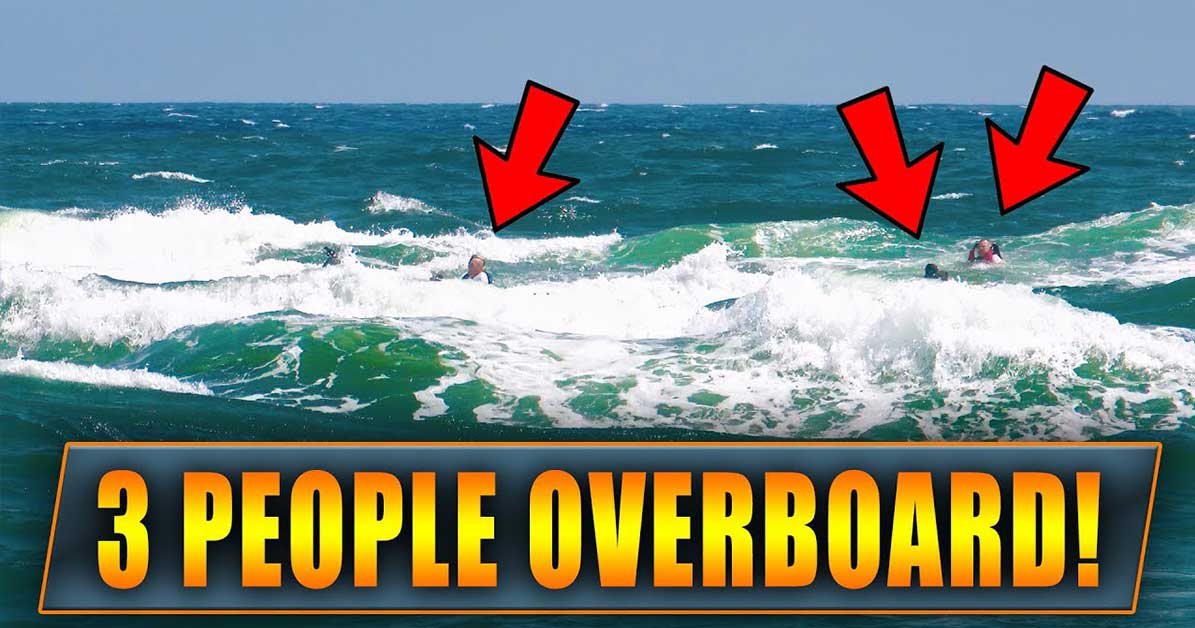 Over in the boating section of YouTube, one of the genres of video that has become rather popular lately is that of “Inlet” videos. Essentially, this video category captures the action as all sorts of different boats heads through tumultuous bodies of water known as inlets. These inlets basically connect the ocean to a smaller body of water and the combination can create fast-moving currents along with pretty insane waves.

Millions of viewers tune in to these videos to watch boaters try their hand in the rough conditions. As there is a mix of boaters, both seasoned and novice, the results might vary and definitely has viewers on the edge of their seats.

This time, we check in with a situation where things definitely sway toward the dangerous end of the spectrum. If there’s one thing that you never want to do in the middle of a body of raging water, it’s fall off of your boat or jet ski. However, unfortunately for these riders, that was exactly the scenario.

In the video below from Wavy Boats that was captured at Boca Inlet in Florida, we watch as three jet ski riders end up falling off of their vessels and into the drink. Worse yet, the water was moving so rapidly that they couldn’t all get back to their skis. Instead, several of them had to be rescued by a good Samaritan while two jet skis would float around without riders. One of them was even capsized.

With Wavy Boats, we watch the action as the riders do eventually end up being saved. It took the likes of a rescue team braving these rough conditions. However, when all was said and done, everybody involved would be able to touch dry land once again even though it took a couple of frantic minutes to locate and save that last rider!