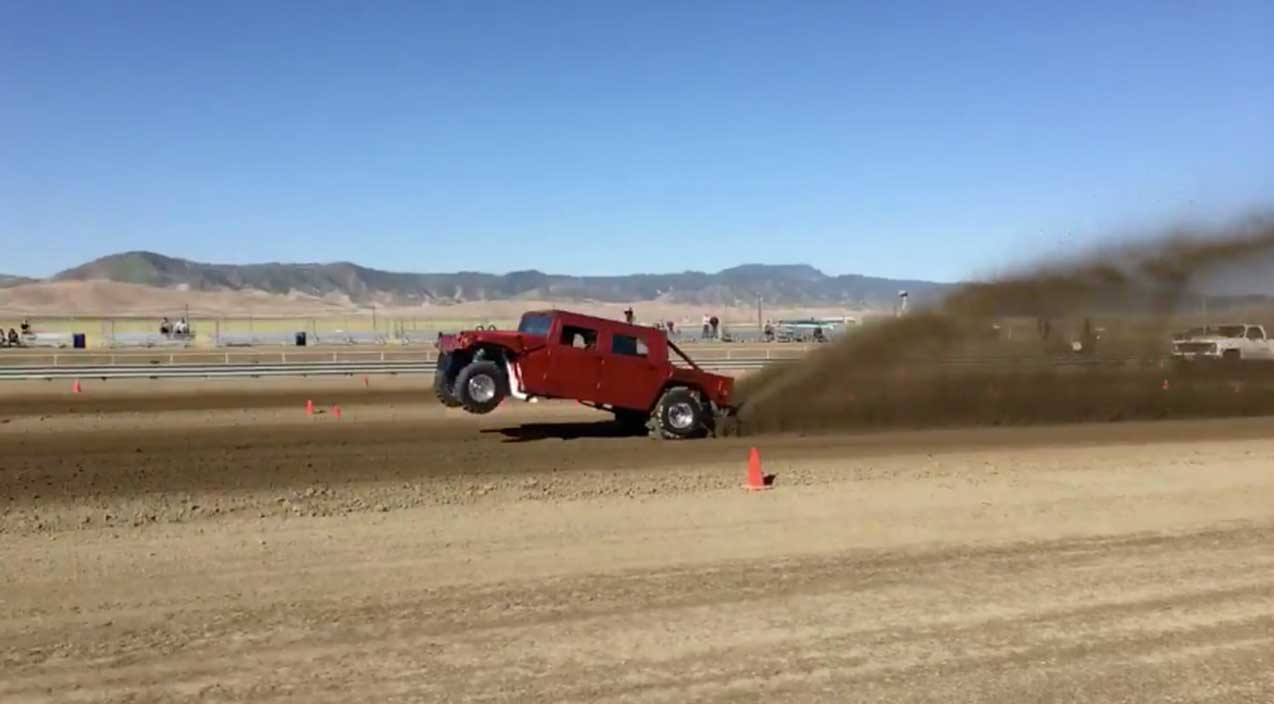 I feel like sand drag racing is something we don’t see enough of, as a sport in general. I know most people love drag racing, stock cars, and events like Street Car Takeover that feature a little of everything, but in all reality, sand drags are pretty dang cool and I personally would love to see more.

Steve Morris Engines builds some of the most insane, badass engine combos in the world and they end up is come truly unique rides. We’ve seen his handiwork under the hoods of cars like the Devel Sixteen to full-blown drag racing applications and cars built for daily-driver use on the streets. Morris and his team can literally do it all, and they do it well.

Combining the thoughts in these first two paragraphs, we bring you this insane sand drag Hummer H1 with a ridiculous 3,000 horsepower Steve Morris-built engine under the hood. Talk about something you don’t see every day. First of all, H1 Hummers are like the OG’s of the SUV world, only these things aren’t packed full of creature comforts like DVD players, quad-zone climate control and heated and cooled seats. H1’s were built to put in work in the most extreme conditions and survive to tell the tale. They’re big, bulky and boxy, but there’s something undeniably sexy about them for many gearheads.

I think it’s safe to assume this one has been lightened just a tad to help the cause of covering the 300’ sand drag pit as quickly as possible, and it seems to have done the trick just perfectly as you can see in the video below. With a whack of the throttle, the ProCharged SME powerplant roars to life, sending the nose of the Hummer skyward in the prettiest of power wheelies. The nose hangs in the air beautifully, then comes back to the ground just as the H1 hits the finish line, putting up the owner Grant Fraysier’s career best elapsed time of 3.42 seconds.

That, my friends, is the very definition of cool! Now you know why I think there should be more of this in our lives!