One of the cool things about the boating community is that vessels are highly ...

One of the cool things about the boating community is that vessels are highly customizable. It doesn’t matter what kind of lifestyle one wants to live on the water or how fast they want to go, there is a custom-tailored option for just about everybody. While boating can tend to get rather expensive, there are even options for those who would like to get out on the water on a budget.

This time, though, we check in with a vessel by the name of “Hellfire.” If we had to guess, we would probably say that Hellfire wasn’t paying too much attention to the budget. Instead, this thing looks like a rather expensive machine that is set out with one goal and one goal only – to dominate Lake Havasu.

In most situations, this sort of performance boat will generally turn a couple of heads when it gets started up. There’s something to that grumbling and choppy V8 sound of multiple engines firing up at once that really has a way of sending a chill down the spine. This time, though, we get a chill down the spine thanks to a completely different sound.

The sound that rings the eardrums this time is none other than a couple of turbines that have been strapped to Hellfire. We don’t get to see the boat in flat action but we would have to believe that it’s probably pretty awesome when that throttle is cracked open. Just the start-up alone is really something special but seeing this 3000 hp in action is probably an all-new level of an adrenaline rush.

By following along with the video below, we get to hear this thing fire up and come to life. We’re not sure about you but we are absolutely itching to see it in motion so maybe if we stay tuned to the ZipZapPower YouTube channel, that footage will come to life.

Man Builds 74 Foot Boat in His Front Yard, And It's Awesome! 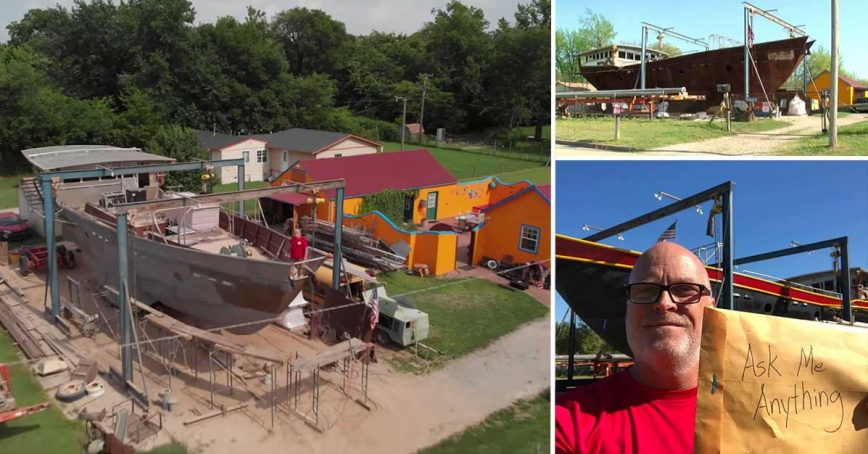