$300k Car Windshield Cracked by Pedestrian for No Reason 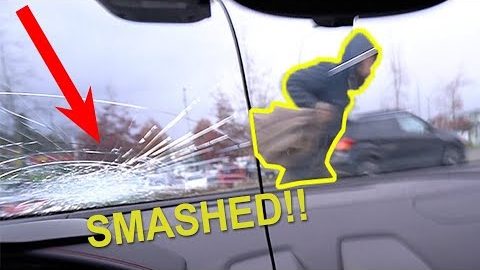 Expensive cars have expensive parts and while people do understand that when signing up for them, most of the time, that doesn’t mean that they should have to deal with other people doing damage to their cars on purpose. However, as it would turn out, there are a lot of folks out there who are ugly jealous when it comes to looking at people who do have high-end cars. I’m not really sure with sparks this hideous form of jealousy but it exists and it’s quite perplexing how people will just hate others because they have been able to afford some of the nicer things in life.

In this one, we check in with Daily Driven Exotics as they seem to be in the middle of a vlog video, when all of a sudden, a pedestrian comes up and decides to rock the windshield of the channel’s Lamborghini Hurrican, with a backpack. It was enough to cause quite the amount of damage to the windshield and appears to have been sparked out of nowhere as the person who initiated it was simply walking by, according to our host, but all of a sudden, he would smash the glass and just keep on running. It was quite a confusing situation, indeed.

All of the action can be caught in the video below as this perpetrator simply bashes the car and makes off into a nearby parking lot. Some of the people in the comments are screaming that it’s fake as everybody does with everything on the internet these days, claiming that the car probably needed another windshield and they set this one out for a nice little gag. We invite you to check out the video for yourself and play internet detective if you so desire. After watching this one, be sure to tell us how you would react on the spot if somebody happened to walk up to your car and smash the windshield like this.

« Guy Gets Ripped In Half By Mustang, Have “Pranks” Gone too Far?