Check Out This Montage Of The Best GoPro Footage From 2017 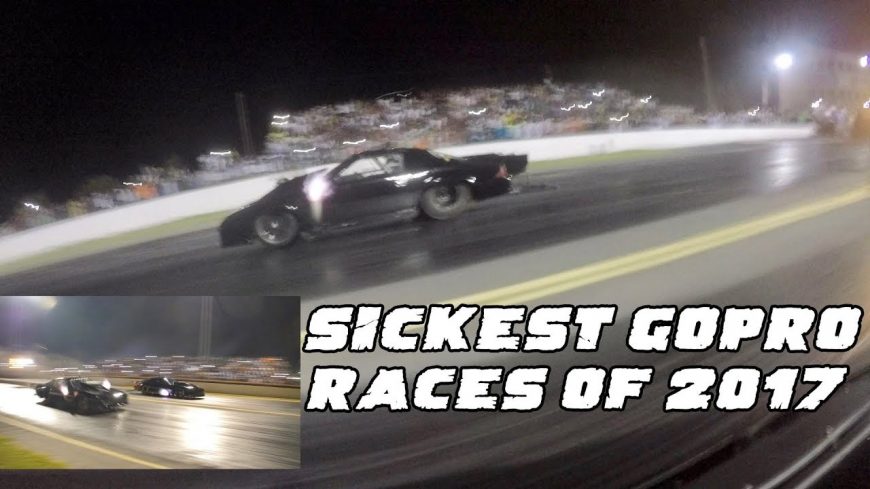 Of all the inventions over the gadgets that have become  a part of our daily lives, the small-but-mighty action camera has to rank up near the top, especially when it comes to capturing action on the track! Every class of racing from Top Fuel to Junior Dragsters have adopted the GoPro as their own personal film crew to check out what goes on while their cars traverse the drag strip.

Along with the racers themselves, many of our favorite YouTubers have picked up a few GoPros and added them to their arsenal, capturing the races from the best possible perspective: right on the cars themselves! Justin Malcom, owner of the JMalcom2004 channel, travels all over the southeast, strapping his cameras to as many cars as he can to capture some of the coolest footage we’ve seen.

I’m not going to list every race because that would take a couple of days, but some of the highlights of JMalcom’s 6+ minute GoPro montage include footage of Street Outlaws star Chuck in his Death Trap Mustang lined up alongside grudge legend Tony Bynes. We’ve all already seen the footage from the wall of Bynes having to lift to keep his car in the groove while Chuck lays down an insanely solid A-to-B pass. Now you can see it from the roof of Chuck’s car, the footage offering a great view of Bynes fading out of the frame.

There’s also a great view of another of Bynes’ races with a Street Outlaw, this one in a nearly identical nitrous-huffing black 3rd Gen Camaro. Bynes lined up with Street Outlaws New Orleans front runner Kye Kelley and his Shocker Camaro for one of the closest races you’ll ever see. It looks like Kye had to pedal early in the run, which allowed Bynes to nose ahead. However, the Shocker had too much power on the top end and just drove around to take the win in the lights.

Go ahead and hit that play button to watch the rest of the footage. There’s plenty of awesomeness of all kinds, I’d be willing to bet there’s something in there you’ll enjoy!