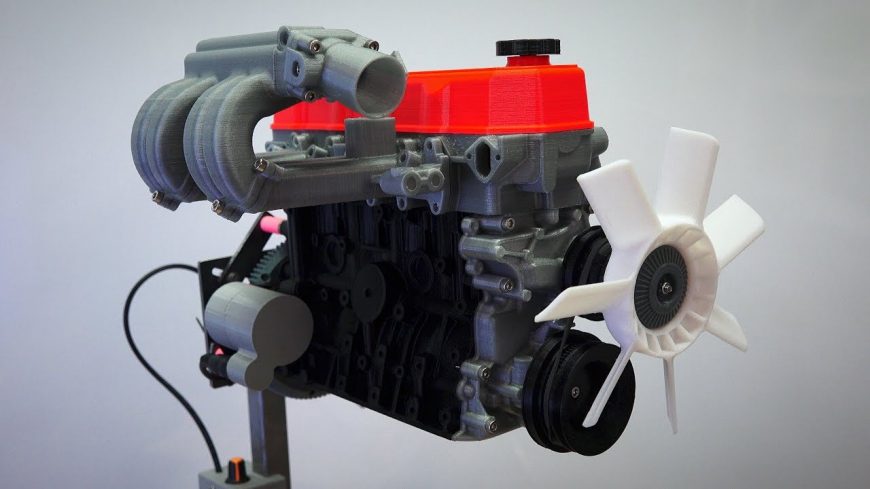 It’s pretty crazy that would enough patience, the right knowledge, and a 3D printer you can print out just about anything that your mind could imagine. We have definitely seen engines come to life with 3D printed parts, replicating the real thing on a level that’s pretty insane. When you look at some of these things, you can’t help but be amazed by the detail they provide as they bring an all-new medium to life, creating something that really pops off of the canvas quite literally. What’s they’ll think of next, we’re not sure but right now, we have to say that we’re pretty content with what we’ve been seeing out of these things.

In this one, the guys over at Engineering Explained take a chance to dive into a 3D printed engine but instead of just checking out the engine from top to bottom, as you can probably imagine with the content that we’re used getting from this channel, we get a pretty detailed explanation of every single part on the engine and how they all come together to make one functioning piece you have to see you to believe. If you’re a visual learner, something like this is definitely for you.

Be sure to follow along down in the video below that gives you the top to bottom on this inline four-cylinder engine that has been 3D printing to perfection as you get the inside out on exactly what would make a real-life engine like this function. Lots of times, when you hear about how some of this stuff works, it’s easy to get lost in all the terminology but seeing it in front of you really does help out the cause.

« TESLA Semi Trucks Loaded Up And Taking Off!