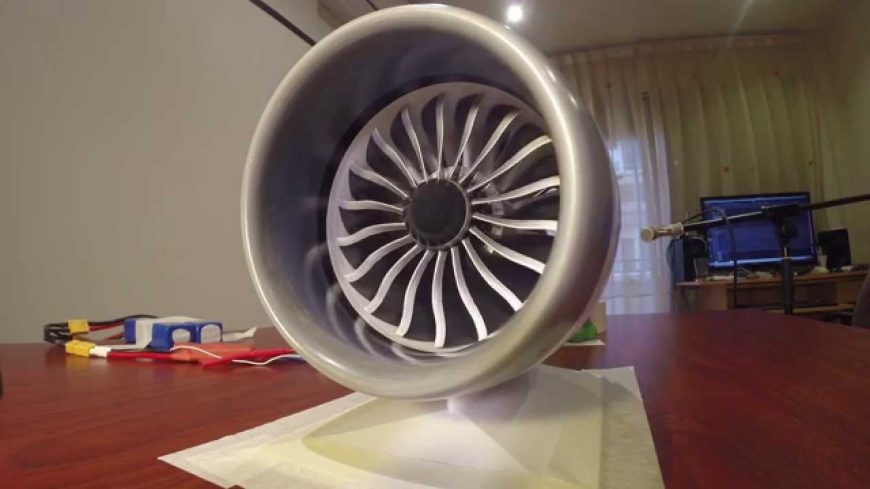 This is possibly the coolest thing you will see today, and maybe even all week.

What you’re watching is a scale version of GE’s GEnx-1B engine – the engine that powered the massive Boeing 787 Dreamliner – that actually spins up to some pretty high RPM’s and, at least to my untrained eye, looks to be very realistic. The 3D printed engine is huge, and although it looks like an actual jet engine, it’s really an electric ducted fan motor for a scale model, but it should still create plenty of thrust and judging by the engine’s diameter, the model it will be powering may be large enough to carry small people!

The engine also has a fully functional thrust reverser, which you can see in action throughout the video when the engine housing splits in half vertically and the reversers engage, diverting the airflow to the outside of the engine and sending the engine backwards. We can’t wait to see this massive RC plane and how well it performs with these monster engines hanging under the wings!