Among the cars that make people talk, you can bet that anything sporting a Hellcat ...

Among the cars that make people talk, you can bet that anything sporting a Hellcat badge is going to be a vehicle that stirs the pot and starts a little bit of conversation. Even with big brother in the Demon making big waves, the Hellcat is still very much a car that garners incredible amounts of attention. Whether it be for better or for worse, it just so happens to be a platform that has people debating back and forth over the strong and weak points of the car and just how far this thing is able to go on the drag strip.

As we have seen, the stock supercharger on these stout performers has been pushed pretty far. High Horse Performance in Delaware has burrowed its way into the 8-second range, utilizing a ported version of the stock unit, however, that isn’t to stop people from trying all sorts of different combinations, anyway.

This time, we take a look at another car out of HHP but the owner of this one has decided to take it in a different direction, replacing the factory supercharger with a 4.5 L positive displacement Whipple Superchargers unit. Now, this car isn’t the fastest in the world as of right now but, the results really do speak for themselves as the otherwise lightly modified car is still able to punch its way into the 9s, seemingly with ease!

Tune into the BigKleib34 video down below that takes you along for the ride when this whining monster steps up to the plate and hits it out of the park. If you’re a fan of the Hellcat, it’s going to be incredibly exciting to watch as these cars receive all kinds of aftermarket support from companies like Whipple. For now, sink your teeth into this juicy video that shows us one of the first of its kind. 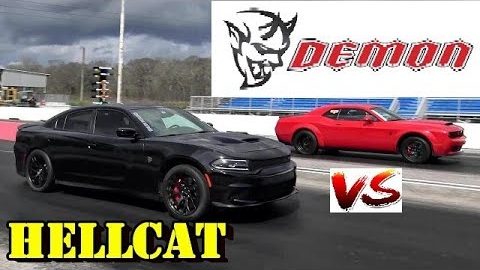