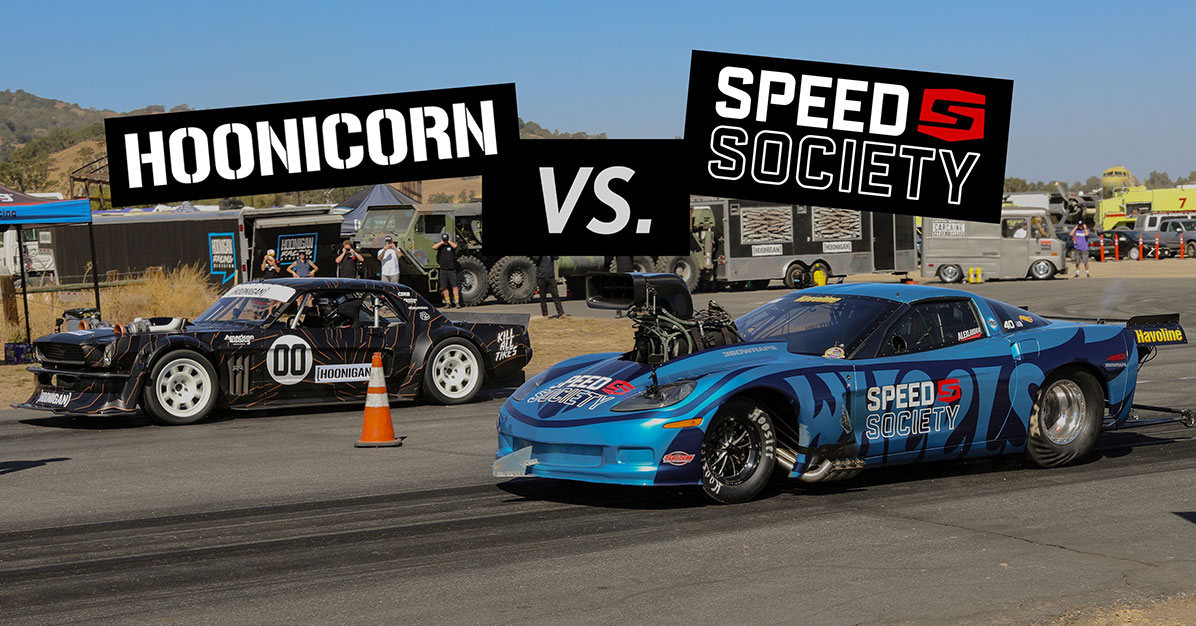 In 2020, the world would be introduced to the series known as “Hoonicorn vs the World.”

The concept is about as simple as the title makes it sound – the crew over at Hoonigan stepped up to the plate, issuing a challenge to some of the most intense cars in the world to see what they’ve got against the one and only Hoonicorn. 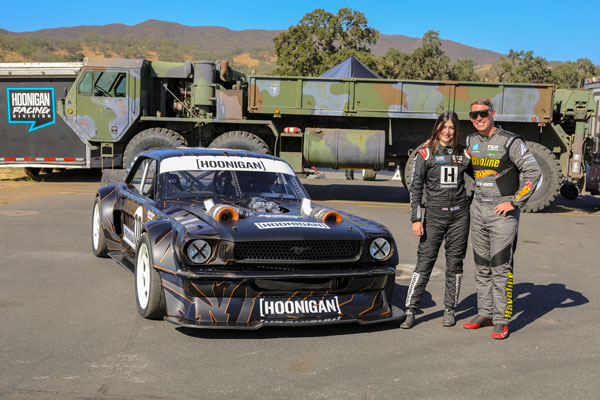 In season 1, the 1400 hp twin-turbo, all-wheel-drive Ford Mustang would go head to head with everything from a trophy truck to a purpose-built drag car. With the one and only Ken Block behind the wheel, the Hoonicorn would certainly be enough to slay some of the toughest competitors that stepped up. 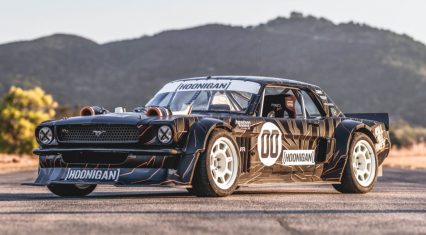 With millions of viewers tuning in, the series was a great success, and as such we’re here for season two!
In fact, some fans might’ve hinted that they would have liked to see some stronger competition in the lane next to the Hoonicorn and, as such, Hoonigan delivered. When the team at Hoonigan reached out to Alex Laughlin and asked about racing his Speed Society/Hot Wheels Corvette Z06 / ZR1 drag car, his words about the challenge were “heck yeah.” 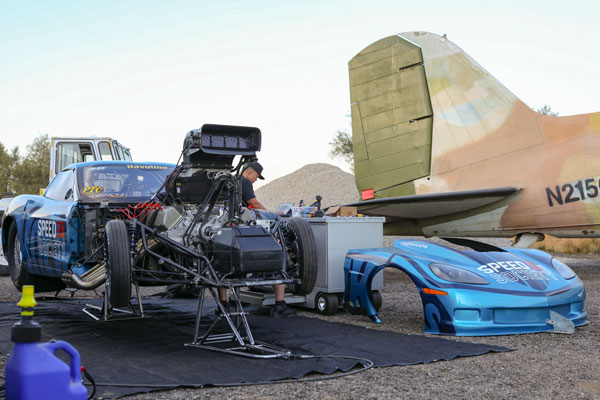 With that, in the first episode of season two, Laughlin brought his 4,000 hp purpose-built drag Corvette to the table. The supercharged monster of a Chevrolet is the most powerful car that has stood toe to toe with the Hoonicorn to date.

After receiving the challenge, Laughlin quickly made plans and Laughlin loaded up the car, hitting the road from Texas to head out to the California coast.

Upon seeing the venue, things would get interesting in a hurry. While the surface that Alex found upon arriving in California wasn’t exactly a drag strip and would require the Corvette to be turned down a good bit to be able to get something that resembles traction, the matchup is one that certainly had us intrigued.

Alex was naturally a bit concerned as the sort of power that his Corvette makes can be a challenge to control on a well-prepared track let alone an airstrip in the middle of a desert. Laughlin commented, “The track was an old airport runway, covered in dust and debris as it’s on an active construction site with earth movers and dump trucks everywhere.” He continued, “We discussed how much more of a disadvantage we had than we originally thought. While the Corvette makes 3X the power of the Hoonicorn, getting to use any of it and even get traction was really what we were up against.”

While Alex was hopeful for a few test runs to see what the car could do along with getting it dialed in a bit, the window for tuning would be small.

The first test would be a 60-foot hit where Laughlin says “It just spun the tire, basically the only thing the car did was a really good burnout. At this point, I thought we were completely doomed. The pavement was like ice and on top of that, it was covered in dust. I just knew this was going to be so embarrassing and an awfully anticlimactic episode.” 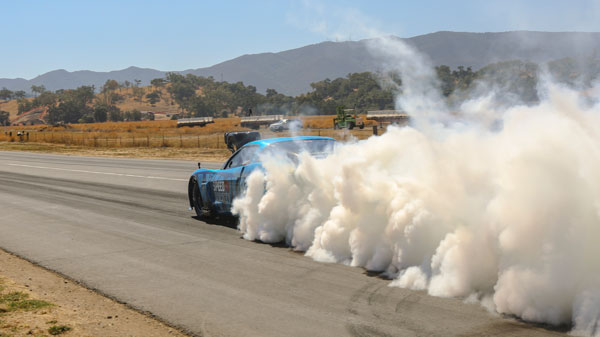 The race was supposed to take place on the day of this test hit but it ended up being pushed back another day. Luckily, this would prove to be an essential time for Laughlin and the Speed Society crew to strategize to try and save the race.

On day 3 of the trip and the day that the best of 3 races would finally go down, a bit of progress was made. After a visit to the sporting goods store to buy weights to add to the rear of the Corvette for traction and changing the supercharger pulley and gear ratio so that the car would make about 1,700 hp, little less than half of its full potential, it was time to get to it!

Down in the videos below, we take you behind the scenes of the first episode of season two that is now putting Ken Block’s 14-year-old daughter, Lia Block, behind the wheel to square off with Alex Laughlin and the Speed Society Corvette.

Will Laughlin’s plans end up making this a race for the ages? Well, you’re going to have to tune in to find out just that!

Be sure to check out both videos to really get the best of the action from Hoonicorn vs Speed Society.

Hope you’re ready for Hoonicorn vs the World Season 2 because it’s coming at us with a full head of steam! Check out Hoonigan’s take on the event below!

« Pulling a J-Turn in a Remote Controlled KITT Replica