No matter what the motorsport in question might be, if somebody is able to execute a ...

No matter what the motorsport in question might be, if somebody is able to execute a build on a high-level, we think that most gearheads will be able to appreciate it. Even something that is as unconventional as a 4×4 Chevrolet Camaro, there is definitely a lot of appeal if it’s done right.

This time, we check in with such a Camaro that looks to have some pretty crazy work done to it. This thing doesn’t seem to be slapped together as we have seen with many other Camaros that are lifted up like this on off-road tires. Instead of some sort of fly by night contraption, the car is very much primed to hit the sand dunes in style. It almost looks like the car was made to come like this from the factory to some extent! Perhaps Chevy can take some notes and slap a “Z71” badge on it.

What the owner of this mullet machine has created is nothing short of a sand rail in sports car clothing. With a pair of turbos sticking out of the hood, the car tends to get up and go faster than most. In fact, we think we would be hard-pressed to find somebody who didn’t want to go for a ride in such a wicked creation. When the throttle is cracked open and that sand trail starts flying behind it, the Camaro looks like a great time.

By following along with the video below, we get to go where not very many Camaros have gone before. We really have to admit that there isn’t any sort of roadmap for this type of build. However, the bar has been set rather high with the high-performance machine that’s looking to slay the sand.

One look at this thing and we can practically feel the freedom pumping through our veins. With a little bit of time, energy, and creativity, there’s no telling where somebody will take their project. In this case, we absolutely love the results. 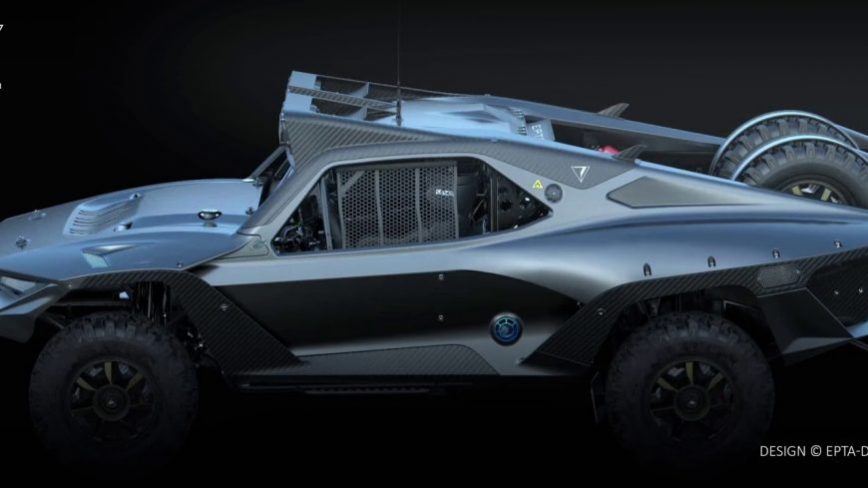