There are few things better than watching somebody photobomb a news reporter. Between ...

There are few things better than watching somebody photobomb a news reporter. Between the unexpected coming relief and watching the reporter squirm while trying to remain professional, it’s always a good for a laugh. Most of the time it’s people who run up behind the guy or gal with the mic and say something completely off the wall (or totally inappropriate), but in this video below, we’ve found a compilation of cars doing the photobombing, and it’s a whole new level of awesome!

Whether its snow, ice or rain, each of these rides slides past the camera in style, slinging precipitation and spinning tires as the newspeople try to play it cool. The first reporter breaks the unwritten rule about reacting to provocation on camera, although he does segue nicely into a quick PSA about driving safely. The second car isn’t so much a photobomb as a distraction, clearly having grabbed the attention of the overhead chopper’s camera operator as they surveyed the conditions below. The driver of the midsize Mercedes SUV looks to be having a great time slinging big, looping donuts in the empty snow-covered parking lot.

The third scene is probably the funniest, with the reporter doing a great job of ignoring the commotion behind her, including the drifting car slinging snow in her direction and the passenger yelling out the window. However, the anchors try their best to play it off as if it’s not obvious this was a driver just goofing off in the snow. We get they’re supposed to be professional, but this really just makes them look like they’re clueless about the outside world.

The last two are pretty similar, but we aren’t going to spoil them, so you’ll have to hit the play button below and watch to see exactly what happens. How many of you have done something like then when you see a news crew setup along the side of the road? Did you make it on TV? Tell us about it in the comments on Facebook, or even better, drop a link to the video if you have it! 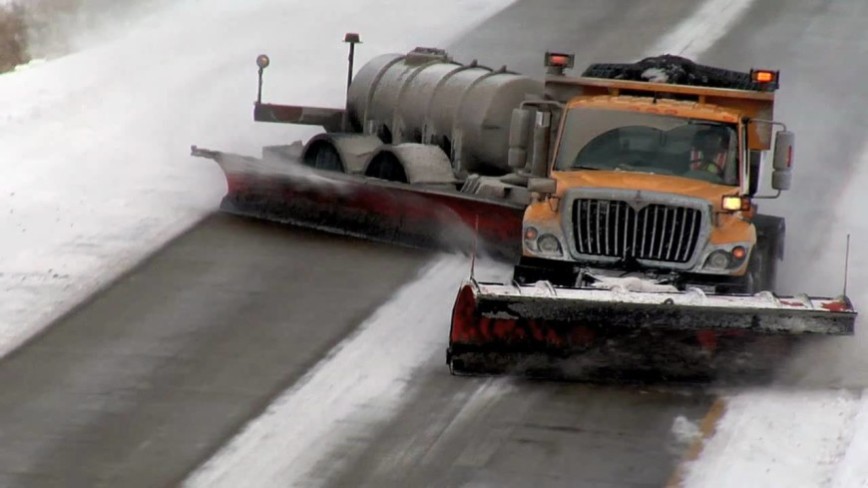