Everybody loves a good barn find story, and we have found a video featuring five of ...

Everybody loves a good barn find story, and we have found a video featuring five of the best we’ve ever seen!

From a 200 MPH-capable 1969 Dodge Charger Daytona – one of only 560 made – that was found in a barn in Glenwood, Alabama to a Ferrari 365 GTB/4 Daytona that was bought directly from the factory after the Geneva Auto Show in 1971, each of these cars has an improbable story of playing hide-and-seek with the public eye, resulting in some valuable finds for those who eventually wrangled them onto the auction block.

Especially interesting is the story of the 1953 Corvette, bought and almost immediately stored in a sealed underground locker, the Corvette remained in near pristine-condition, as a nest-egg of sorts for the owner’s descendants. Once the car was unearthed, a few years ahead of schedule, it was sold and earned the family a great deal of money indeed, showing the original buyer had the right idea.

Check out these five barn finds and let us know what you think. There are surely more cars out there, tucked in the corner of barns and garages. We will be looking for more stories like these to share. 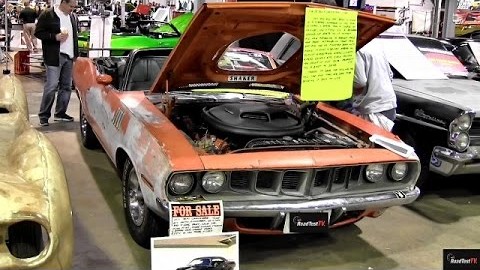