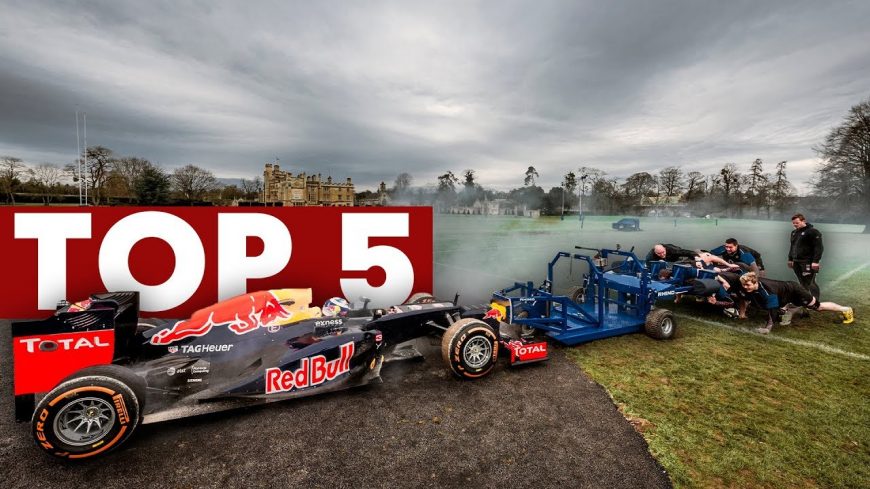 When it comes to viral marketing, let’s just admit it. There are some companies that are much better than others. One of those companies that stick out among the rest would be that of Red Bull. Let’s just say that it looks like the marketing team has a lot of freedom. I guess that sometimes, better ideas are possible when the Red Bull logo is plastered over all sorts of different awesome things like F1 cars.

This time, we dive into just how creative the marketing team has gotten with these F1 cars. Let’s be honest here, it would be incredibly easy for a team to slap their logo on a car and call it a day. In fact, there are a lot of companies that do just that. There isn’t necessarily anything wrong with that strategy. We’re sure that Red Bull’s sponsorship in the sport has yielded dividends. However, how they go above and beyond really makes the brand stand out.

So just how creative can one possibly get with a Formula One machine? As it turns out, the folks at Red Bull find out just that with everything from burnouts on top of a skyscraper to having a scrum with a rugby team. They even send one of these things into a wild race with a skier. The plan is basically every child’s craziest fantasy coming to life and we love every second of it.

By following along with the video below, the team over at Red Bull counts down five of the craziest situations that their Formula One cars have participated in. When it comes to thinking outside the box, it doesn’t get much more creative than this. The crazy part is that F1 is just one part of their plan to go viral.

Who knows what these guys will think up next?