The 5 Worst Mustangs to Ever Exist 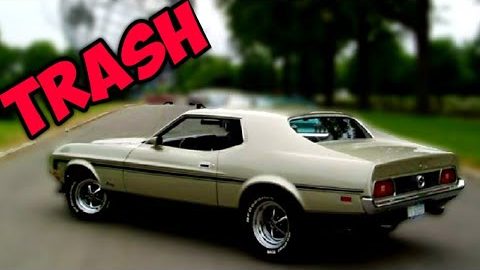 When it comes to sports cars, there is one that stands out as a fan favorite over the years. The Ford Mustang has been one of the most popular selling sports cars ever since it was born in 1964. Since day 1, the Mustang has developed a cult following and arguably has the most passionate group of followers. When it comes to nameplate specific car shows, Mustang shows usually have the biggest turn out by a wide margin. When the combination of factors behind these cars comes together, it just so happens that they land in a place that’s incredibly popular.

However, just because the cars are popular and have a massive following isn’t to say that they were all perfect. In fact, over the years, we would venture to think that there are just a couple of models that even most Mustang fans would agree are pretty far from perfect.

As it turns out, the same concepts that plagued other cars have tampered with the success of the Mustang as well. When certain people get their hands on cars like this, they can definitely end up ruining the design. Whether it’s a focus group gone rogue or someone wearing a suit with no interest in design who decided that they wanted to make the car more fuel-friendly, there have been some pretty bad examples of the Mustang spit out by Ford over the years.

This time, we get to count down a top-five list of bad Mustangs. Unfortunately, these aren’t the greatest hits that the model has ever seen. Instead, they seem to be the “Not top 10” that counts down the worst examples of the model ever created. Most of these cars, in fact, have been repressed deep in the minds of everybody including Mustang fans. Some of these cars are even so ugly that they have a little bit of charm for all the wrong reasons.