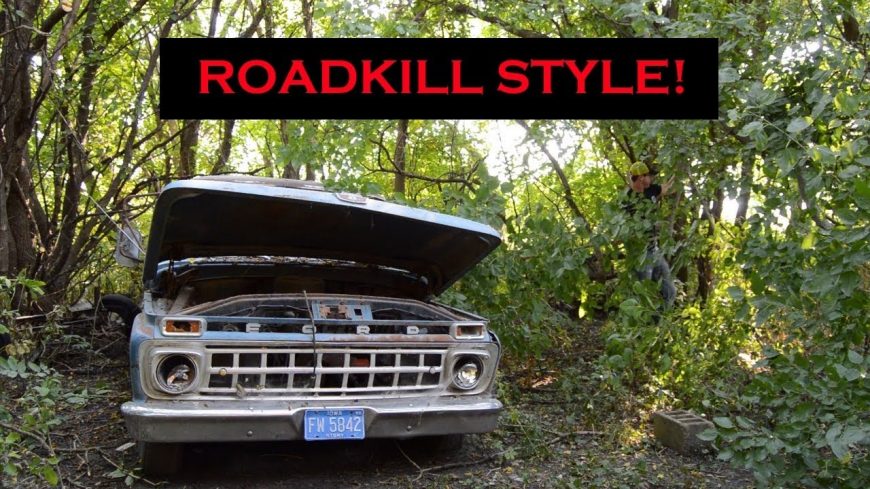 When it comes things that have been abandoned, there is a certain mystique about them that makes them a lot of fun to look into and explore. The idea that something has simply been left by somebody, something that might have value, can lead you to wonder why exactly it was left behind and if this thing that has been sitting to be consumed by nature for all this time potentially has any value in trying to bring it back from the dead. With a truck like this, the patina laid on top could even prove to make a pretty cool custom touch to the vehicle that seems to have a little bit of merit behind it, that is, if it isn’t too consumed by rust.

The truck in question is a late 60s Ford F-250, and no, this one isn’t made out of aluminium and is a truck that certainly has some style. However, for one reason or another, the truck has been sitting since what appears to be 1986. The story behind this one is really where our curiosity is piqued.

We don’t really know why it’s been sitting but only that it has been there, dormant. The reason could literally be anything from the previous owner not having the means to work on It all the way to maybe even forgetting about it. However, what we do know is that with a find like this, you can’t help but be attracted to it and watch as a couple of guys found it in the woods and attempted to bring it back to life.

If you follow along down in the video below, you’ll be able to see the process that has Junkyard Digs attempting to bring this thing back to life. From the first crank all the way through the revival process, we think that you’ll find yourself attached to see exactly what’s going to happen next and if they can really make magic happen to get this thing running and driving under its own power.