In order to prevent people from cheating on their break-in miles, Chevrolet put a bit ...

In order to prevent people from cheating on their break-in miles, Chevrolet put a bit of a failsafe in place. Before the car reaches 500 miles on the odometer, there will be certain limitations. Among those apparent to the driver is a limited RPM capability. As soon as the car reaches the 500-mile mark, it’s game on.

However, some have been unsure of what “game on” entails. Will the car simply unlock and allow more RPM or is there more to it than that? Some people have claimed that the car will make more horsepower once the RPM is unlocked. Some estimates claim it to be as low as 70 more horsepower while others swing for the fences, saying that the RPM difference will allow 200 more horsepower.

We decided to do a little testing with the C8 Corvette that we’re giving away to you to get to the bottom of things. After all, curiosity was killing us. How much power could C8 owners be sitting on once they get a couple of hundred miles on their cars?

In order to satisfy that curiosity, we would get the car on the dyno to see what was up. As the C8 approached 500 miles, the crew did a couple of dyno pulls for a nice baseline. Before being unlocked, the car managed a stout wheel horsepower figure in the 420s with each pull being consistent with the last.

After a little bit of a dyno cruise, the car would finally reach 500 miles, it was time to get it on! A final pull on the dyno after cooling the car down would show a WHP figure at almost 447 hp. The gain was over 20 hp, the equivalent of a solid bolt-on modification.

The gain might not be earth-shattering but it’s certainly enough to make a difference. What will be earth-shattering are the upcoming modifications to the “Curate C8” as picked out by you. Be sure to stay tuned to the Speed Society Facebook page so that you have the opportunity to vote on the mods to the car that could very well end up in your driveway!

Learn how to enter to win the C8 here. 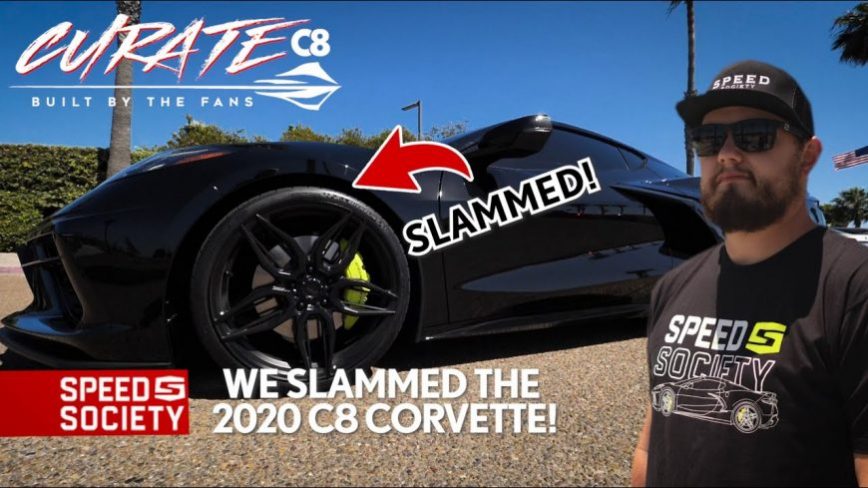