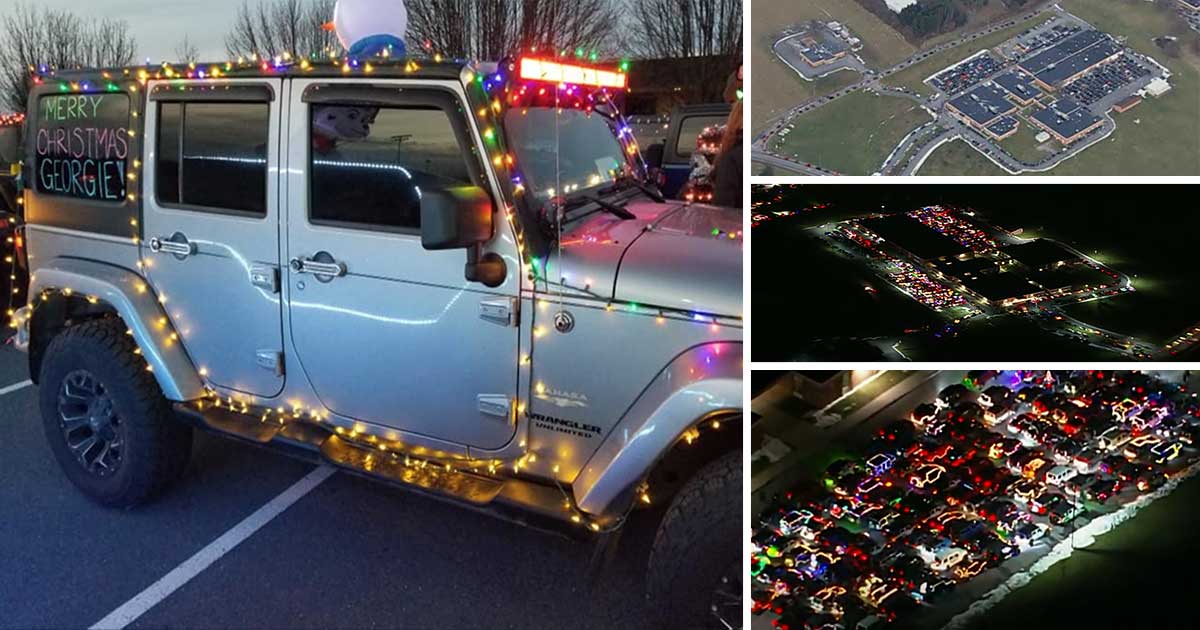 Sometimes, it’s really amazing how the community can come together in a time of need. While stories on the news often spell out the bad times, humanity really seems to be good at its core. Time and time again, folks take part in selfless actions that we think need more attention and praise.

One of those selfless actions is precisely what would happen during Christmas this year when the family of four-year-old Georgie’s had one request. The four-year-old has been staying at Saint Jude’s Children’s hospital to be treated for stage four cancer. However, when the youngster wanted to come home for the holiday, his family wanted to make the homecoming something special.

Knowing that the four-year-old absolutely loves Jeeps, they would reach out and try to get a couple of people to stop by with custom Jeeps for some sort of parade. However, the turnout was much bigger than anybody had probably expected.

Instead of a small parade, word would spread like wildfire and a wide variety of Jeep enthusiasts would show up. In fact, more than 5000 enthusiasts would bring their Jeeps to span over 20 miles of a parade line. Each one of them was decorated and playing some of George’s favorite songs. In fact, the parade got to be so big that it would shatter the standing record of a Jeep gathering by more than 3000 jeeps!

Below, we get a small taste of what exactly the event was like as a lot of people came together for the wish of another. Even though some of them had to travel long distances to get there, we would say that the payoff was more than worth it.

In fact, people were so touched by Georgie that over $30,000 has been raised through a GoFundMe page to help out the youngster and his family.

« Pulling a Fifth Wheel With a Corolla Can be Done, but at What Cost?