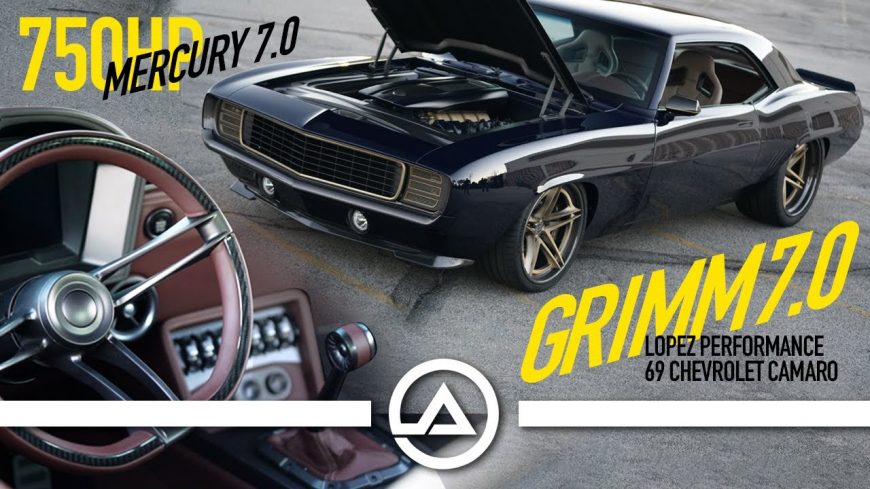 At this point, most of us know the drill when approaching a classic Camaro.

There is generally just a couple of combinations that one would likely find under the hood of a restomod first-generation Chevrolet Camaro. For example, if you were walking around a car at a car show and had suspected that one of these cars wasn’t powered by the original engine, guessing it has an LS under the hood is probably more a more likely success than guessing a coin flip.

Don’t get me wrong, we absolutely love the LS engine. However, every once in a while, it’s refreshing to be able to see something different thrown in the mix. After all, cars are supposed to be an expression of our originality and uniqueness. There’s a very good reason why a lot of people choose the LS engine. However, seeing it in car after car begins to get a little bit repetitive.

This time, we tune in with another feature from the folks over at AutotopiaLA that showcases a 1969 Camaro that’s pretty off the wall. Not only does this mean machine boat a $500,000 price tag. It also has a pretty crazy motor under the hood. Instead of your typical power plant, this beast is powered by a 750 hp Mercury Racing Motor.

If you’re trying to add two and two together to figure out where a Mercury Racing Motor came from, it’s nothing with wheels. Instead, this engine came straight from the likes of a performance boat.

By following along with the video below, we get the inside scoop on exactly what it is that brings this car together. On the outside, it looks like an incredibly clean and well put together old-school Camaro. However, inside, there’s definitely something that nobody was expecting. It’s these kinds of rides that really mix things up a little bit and keep us guessing.

« This $500,000 Porsche Might be the Most Expensive Camera Rig to Ever Exist