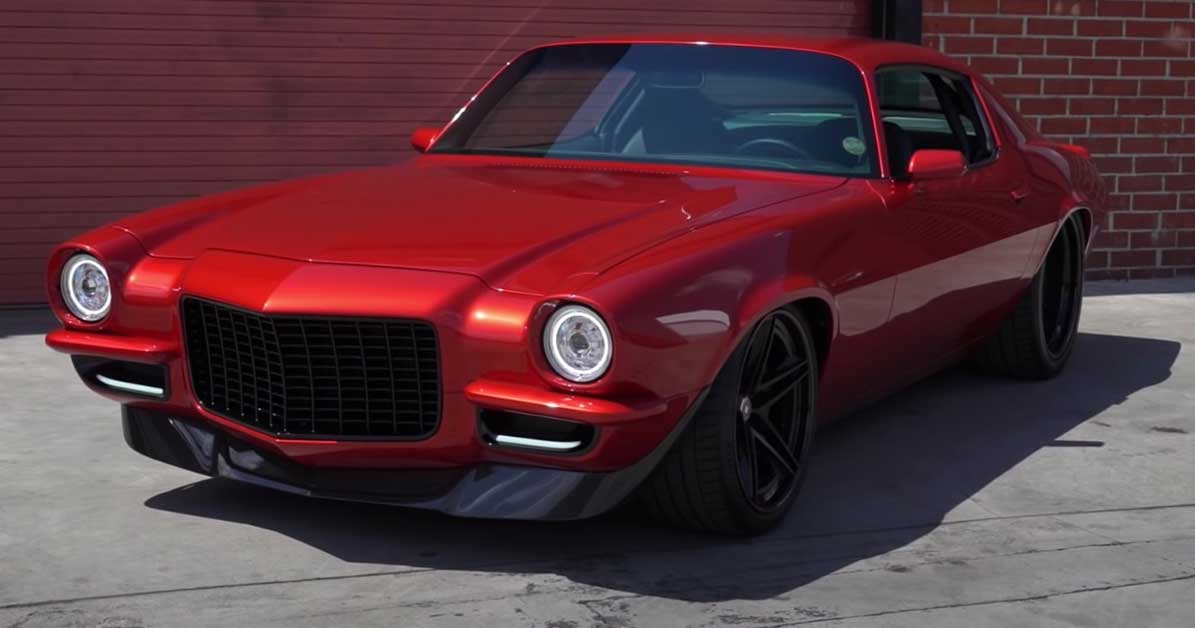 Sometimes, it just takes a small twist on the tried and true to really make a machine stand out. This time, we get to see something like that come to life as a fan favorite in a 1971 Chevrolet Camaro is retooled just a little bit to make it something completely new. When all is said and done, this is definitely a car that isn’t going to be mistaken for too many other 70s Camaro’s out there on the streets.

This particular 71 actually started out with a base that was in relatively good shape. It’s actually said that back in the 1980s, this car went through its very own frame-off restoration. In other words, it was definitely a nice car that probably could’ve brought a good amount of money. However, its owner decided that he wanted to do something a little bit different and take it in a more extreme direction.

In order to do that, the car has been outfitted with a plethora of aftermarket components that surround the LSX power plant under the hood. When all is said and done, the machine really wakes up to the tune of 600 wheel horsepower which is certainly a lot more than this Camaro ever dreamt of making when it rolled off of the assembly line back in the 70s.

Down in the video below, AutotopiaLA takes us on a complete tour of this old-school American classic that started out as one thing and eventually would slowly be molded and transformed into an entirely different idea. At the end of the day, it might be a little bit of a controversial opinion to take apart a fully restored car. However, the end product is definitely something that we think makes the juice worth the squeeze. This car is definitely loud in more ways than one!

« Shawn Drops the 402 Into Barn Find Caprice, Starts it For First Time!