While behind the wheel of a car, things can escalate in a hurry. When excessive speed ...

While behind the wheel of a car, things can escalate in a hurry. When excessive speed is thrown into that equation, it’s even easier for said situation to spiral out of control. For the drivers pictured in this video from Chelsea, London, they ended up in a spot which they had almost no control. From there, the scene would play out almost like something from an action movie.

Security camera video captured the moment as an Audi Q7 chased the Porche through the streets. As the drivers accelerated at high rates of speed, eventually, the driver of the Audi would end up losing control. This wasn’t a highway like many are probably thinking, either. Instead, the stunt took place on a crowded street in what seems to be more of an urban area. That didn’t stop the drivers from chasing one another, though.

As the driver of the Audi loses control, the car ends up in a chain reaction of collisions that caused quite the amount of damage. Included in the crash were vehicles like a McLaren, a Porsche, and a Bentley. All were parked alongside the road. Luckily, no pedestrians were there at the time of the incident. What all was said and done, the tally on the damage is believed to have racked up a price tag north of $600,000.

The Telegraph reports that the residents didn’t know what to think. Some heard the crash and immediately came outside, thinking it was some sort of explosion. When they ended up making their way to the street, they’d be greeted with nothing short of an incredible sight of an immaculate amount of damage.

As for the driver behind the wheel here, he suffered injuries but they are not believed to be life-threatening. Via The Telegraph, nearby residents claim that the man had exited the car, seemingly dazed and confused. It was apparent that he had been injured and was later transported to the hospital with head trauma. 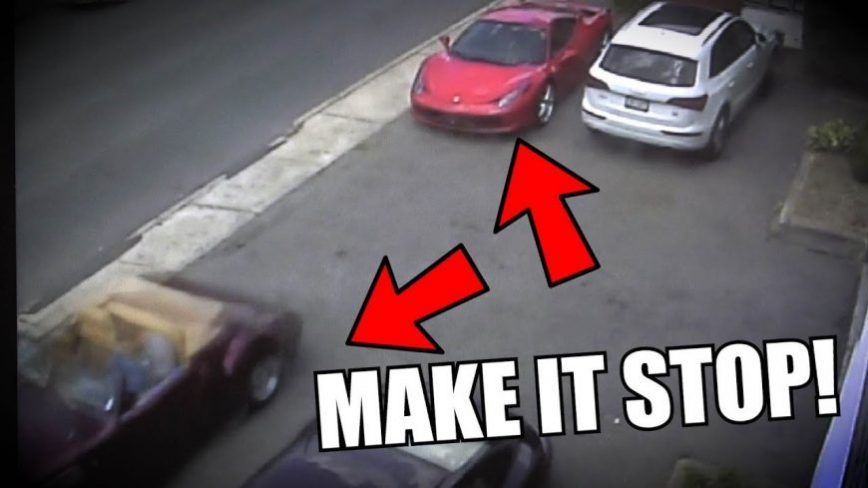