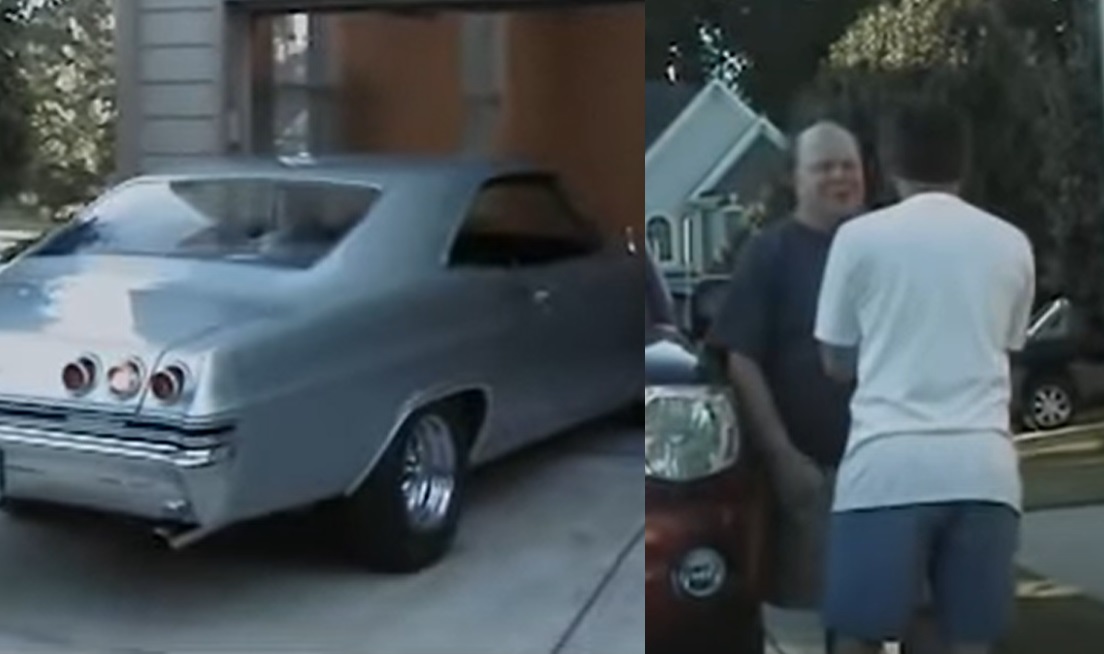 When the owner of this numbers matching ’65 Chevrolet Impala SS decided to slap a set of headers on it and go on a quick cruise, one of his neighbors reacted in a way that he would have never expected.

Instead of complimenting him on the car, this angry neighbor decided to stop him and take down his license plate number, not even attempting to communicate with the owner.

Perhaps the worst part is that the Impala’s owner claimed that he didn’t even drive past this angry citizen’s house! To us, the Impala doesn’t even sound that screaming loud, either.

Check out the seemingly irrational reaction in the video below. The action gets started around 6:25 mark. What do you think of this exchanging of words?