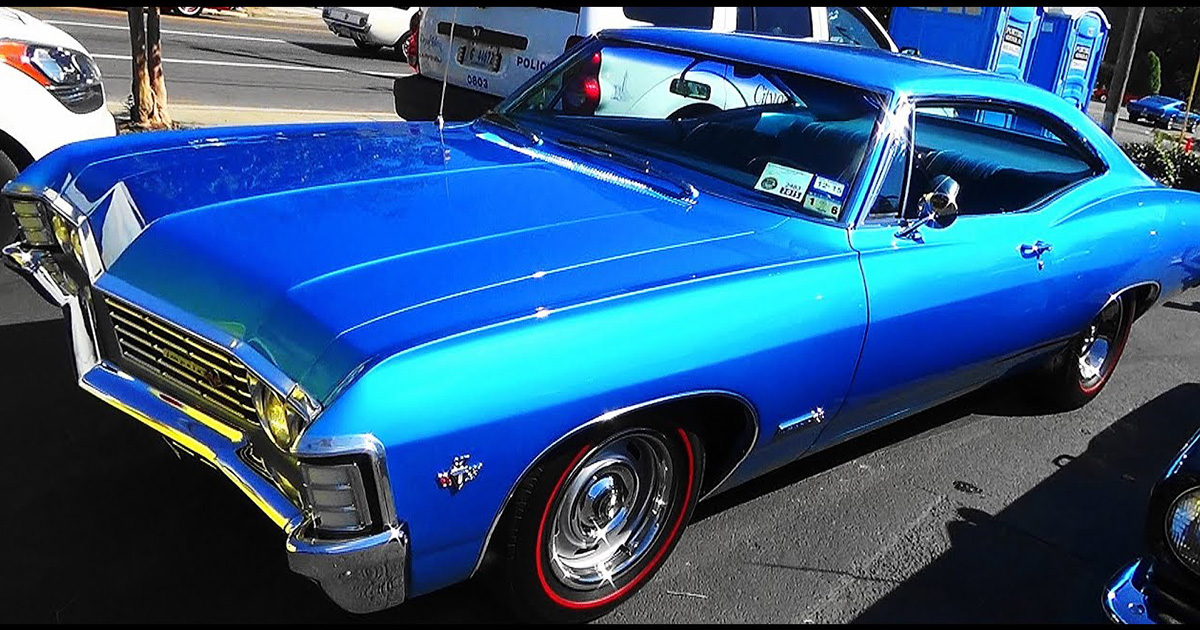 Custom-built classic Chevy cars are definitely our favorites and we enjoy them truly. 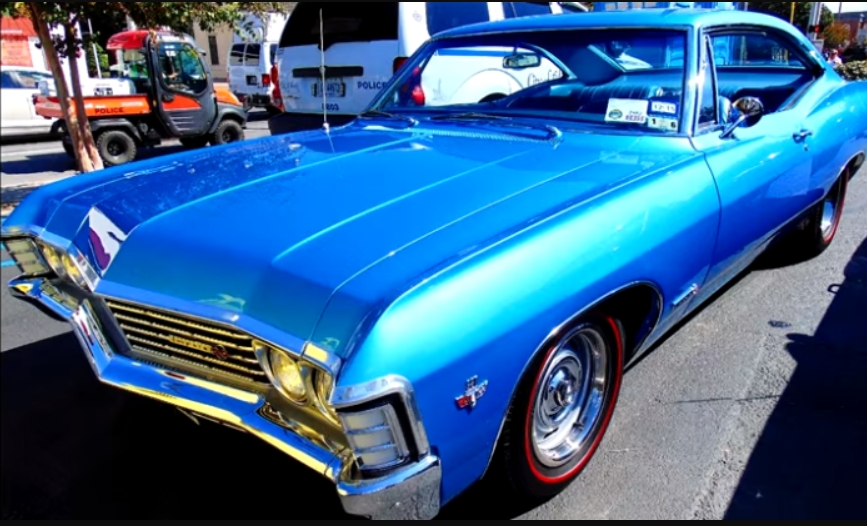 Today 90% of the Impalas are lowriders or way over-the-top built hot rods, a clean Super Sport 1967 Impala like this awesomeness here will impress every classic car lover with its unspoiled originality.

The interior is the same gorgeous Blue color that defines what luxury meant back in the 60’s and although the V8 under the hood is a bit dusty still looks in great shape.

Check the video below to see more on this amazing build.

In a December 17, 1960 press release Chevrolet Motor Division introduced the Impala SS (Super Sport) option to the market. The SS badge was to become Chevrolet’s signature of performance on many models, though it often has been an appearance package only. The Impala’s factory SS package in 1961 was truly a performance package when so equipped from the factory with both the trim and “mandatory” suspension and engine upgrades, beginning with the 348 cu in (5.7 L) V8 engines available with 305 hp (227 kW; 309 PS), 340 hp (254 kW; 345 PS), and 350 hp (261 kW; 355 PS) or the new 409 cu in (6.7 L) V8, which in 1961 was rated at 360 hp (268 kW; 365 PS). Unlike all other years, the 1961 Super Sport package was available on any Impala, including sedans and station wagons (the sales brochure shows a 4-door hardtop Sport Sedan with the SS package). The package also included upgraded tires on station wagon wheels, springs, shocks and special sintered metallic brake linings. Only 142 1961 Impala Super Sports came from the factory with the 409. In addition to the factory-installed SS package, Chevrolet dealers could add SS trim to any standard Impala without the “mandatory” performance upgrades, and a number of ’61s were so equipped.

Starting for the 1962 model year, the Impala SS was an appearance package limited to hardtop coupe and convertible coupe models, available with all engines in the Impala series starting with the base 235 cu in (3.9 L), 135 hp (101 kW; 137 PS) inline-6 through 1967, though the big-block engines and heavy-duty parts could still be ordered. From 1967 to 1969, an additional model, the SS427, was available.

While the Super Sport was for the most part an appearance package for the Impala, Chevrolet did see fit to offer a performance version in a special equipment and trim package that today is rare and valuable. This was Regular Production Option Z24, marketed as the SS 427. This package was available on any 1967-69 2-door Impala and it included Chevrolet’s 427 cubic inch V8, F41 Sport Suspension, redline tires, and unique SS 427 badges on the body. “SS427” badges were also installed in the interior of the 1968 model only. Approximately 2,000 Z24 cars were built for each model year 1967 and 1968 (slightly more in 1967, less in 1968), and slightly more than 2,400 were built in 1969. The 1969 models were unique in several ways: Disc brakes were standard that year (optional on other years) along with 15 inch wheels, and this was the only year that the cars had the name “Impala” anywhere on the body.

Because “big block muscle” was now focusing on intermediate and even compact size cars, Chevrolet discontinued the Impala Super Sport series after 1969, although the 1970 model was still available with a big block V8 (now displacing 454 cubic inches), bucket seats, a center console with floor shifter. – Via wikipedia / Classic Cars