’68 Ford Mustang Receives the Heart of a Twin Turbo Ferrari

’68 Ford Mustang Receives the Heart of a Twin Turbo Ferrari

If there’s one thing that many of us in the automotive community strive for, ...

If there’s one thing that many of us in the automotive community strive for, it’s being different. However, in the landscape where everything seems to have been done and all of it is posted to the internet, it can be a little bit difficult to stand out. However, with a little bit of talent and a lot of ingenuity, there are definitely builds out there that are unlike any other.

We would argue that the Ford Mustang is known as “Corruptt” falls nicely into that category.

It all started off as a 1968 Mustang coupe. About 14 years ago, the owners of the car ended up coming into possession of it. They would immediately overhaul the physical appearance of the car. However, it would then end up sitting for about 12 years, oddly enough. At the end of the day, even with builders that make their way to SEMA, life happens. Cars aren’t always a priority.

However, about a year prior to the 2018 show, the folks behind the Mustang were able to invest quite a bit into making it come to life. The way that they did this has jaws on the floor whenever people feast their eyes on the car.

At the heart of the Stang, we find something that rather unconventional. While it does sport a V8 like other American iron, this particular engine was pulled from a Ferrari. The bottom end of the engine features V8 architecture from the Ferrari F430. Because that F430 is mid-engined, some of the top-end components wouldn’t fit. However, the builders managed to take an intake from a Ferrari California and make it work as a front-engined car.

One of our are favorite parts of the story is that the engine was actually sourced from eBay!

Combine that with a pair of turbos and a standalone MS3 Pro computer system and this thing is ready to rip! At the time of the show, there were no dyno numbers available. Apparently, it was a close call to getting it to SEMA, as many SEMA builds are, but the machine is estimated to make 700 hp or so when everything falls in place.

Is an Electric Motor Disguised as a Small Block the Next Big Thing? 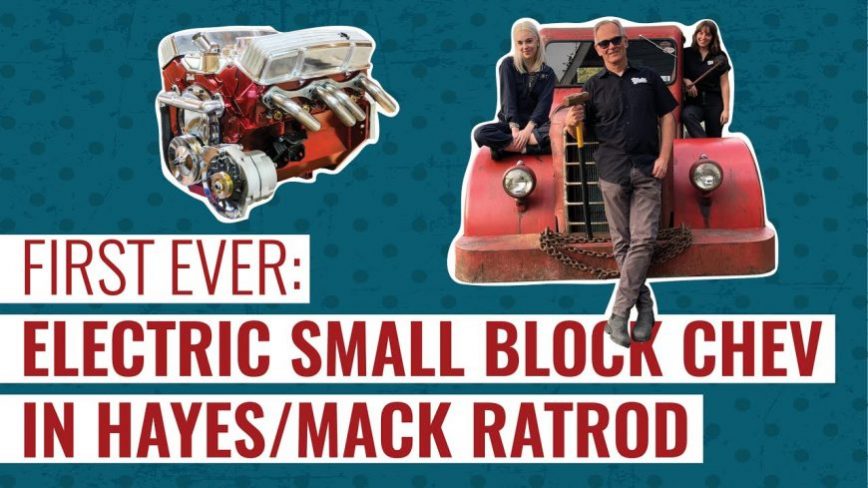