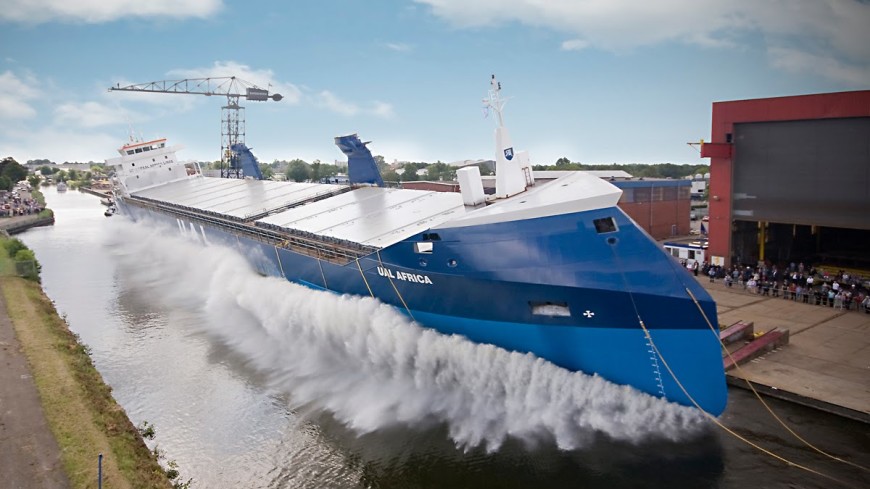 When it comes to plopping those gigantic ships, the ones that deliver all of our cargo, into the water, there is only one way to do it, as these things would require a ton of money to launch another way.

This time, we see exactly how it’s done as seven of the gigantic ships are launched into the water on their sides, creating quite a dramatic effect.

When these monstrosities are literally dropped directly into a water in the most awkward looking way possible, they create giant waves, overflowing roadways and nearly washing out peer workers!

Check out the video below of these epic ship launches. One of the guys filming even almost gets taken out by a bunch of flying wood. The cliffhanger they left on this one really has us wondering.