As much as we love going fast, we’re also huge fans of the artistry that is the ...

As much as we love going fast, we’re also huge fans of the artistry that is the automobile. While most modern car companies for the most part have gone away from truly beautiful designs, we have found some of the most amazing engines ever built, as far as aesthetics go. As you will see, most of them are considerably older powerplants.

The first engine, the lone late-model engine in the group, is an Alfa Romeo V6 with a gorgeous carbon fiber intake – despite the sloppy epoxy glob near the throttle body – and symmetrical polished intake runners. The blue silicone boot coming off the intake isn’t exactly beautiful, but it’s also technically not part of the engine. Up next, Ford’s Indy 4-Cam with its turbo hung off the rear, and the walk around of that whole car gives us a full view of what is probably one of the best looking racecars ever built. Cosworth’s DFV, probably one of the better sounding engines on the list, is up next, idling on an engine stand and throwing us a couple of quick revs.

A Vincent motorcycle comes in next with an idle reminiscent of a Harley but not quite as much growl in its rev. After the Vincent, probably the rarest powerplant on the list and easily the most beautiful, a massive Duesenberg Straight-8. The Duessy 8 rumbles to life with it’s distinct note and even throws a nice throaty rev to the camera. A Ford flathead V8 and an Offenhauser inline 4 round out the list, both with their own unique look and sound.

Obviously lists like this are subjective and somebody will always feel like an engine was left out that should have been included, so tell us what your Top 7 would be, or what you think should be included! 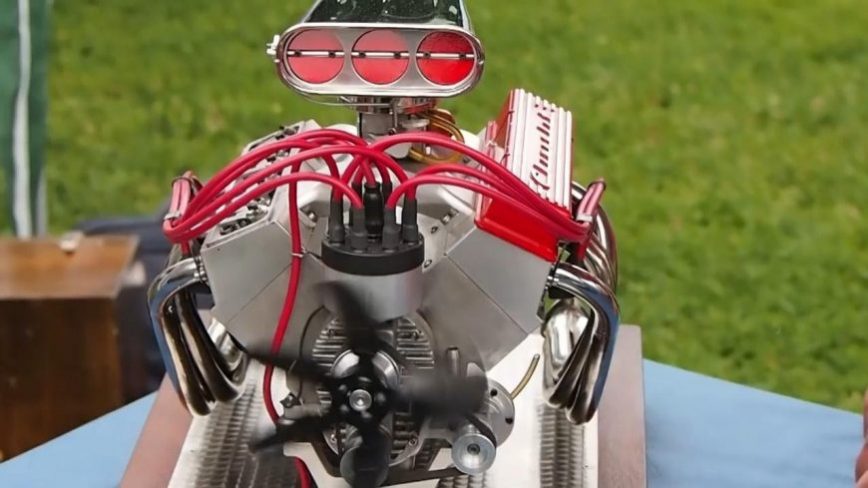