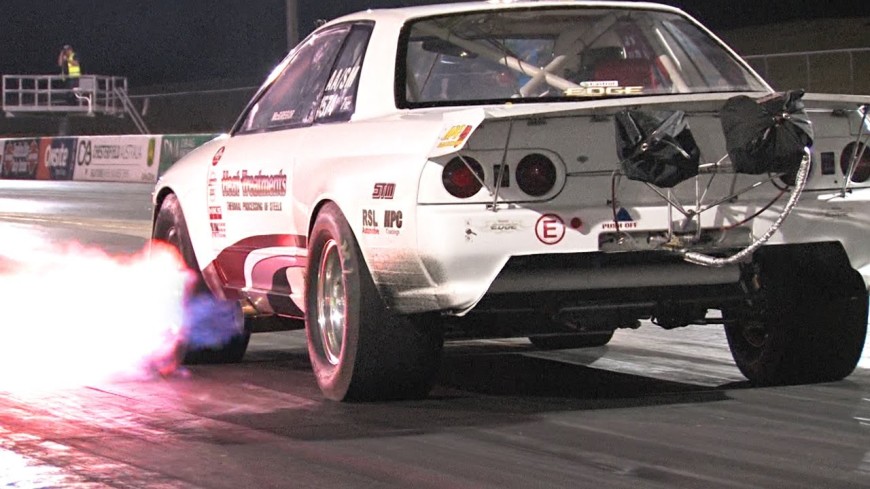 Reece McGregor’s Heat Treatments Nissan R32 Skyline running into the sevens at the APSA Pro Street Shootout. This Skyline is RIDICULOUSLY fast and has no problem hooking up with all of that power! The Heat Treatments R32 GT-R uses a Liberty five-speed. It’s fitted with an air shifter with adustable pressures for each gear. The button is located on the shifter for gear changing.

Under the hood is a dry-sumped RB26 with a single turbo conversion and running on methanol. It produces 1668hp and is capable of revving up to 10,000rpm. This is not just a ratty race car this thing is spotless all around!

In case you haven’t seen the Heat Treatment’s GT-R run down the 1/4 mile, here’s a YouTube clip of its record breaking run in 2006.