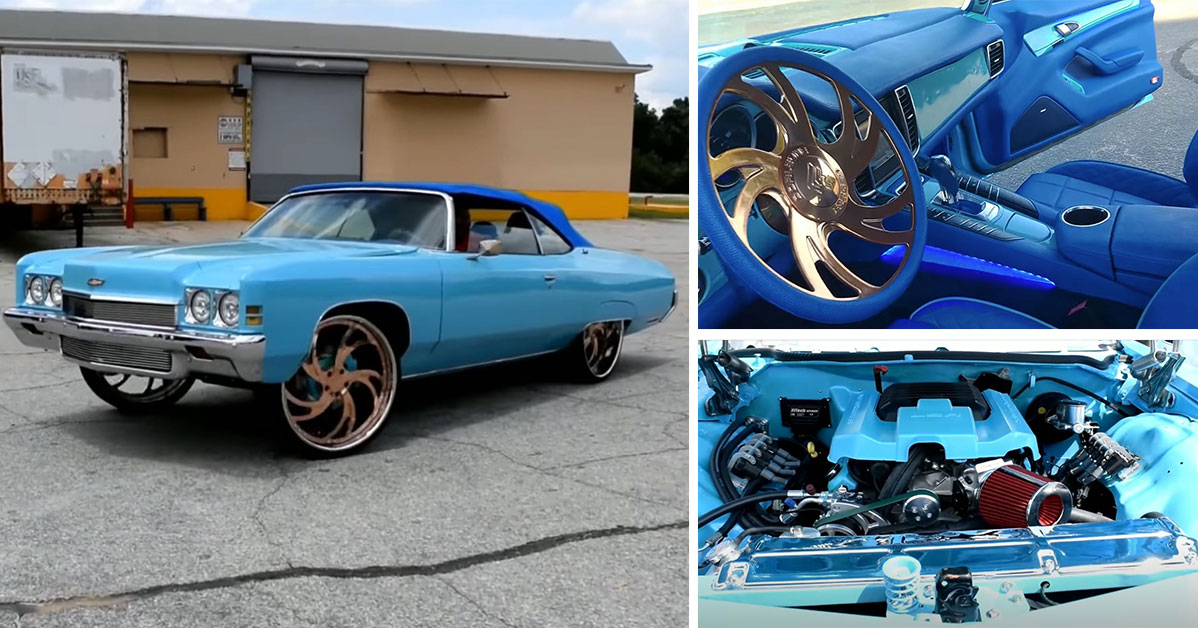 When it comes to modifying a classic machine, there is really a lot to look into. In most situations, though, one thing that people either leave alone or just repair with aftermarket or factory components is the interior. At the end of the day, upholstery and other interior work is probably one area that most mechanically inclined people don’t have a ton of experience with.

However, when somebody really leans into making sure that they have the best interior that they can possibly put together, a build can really pop. On the other hand, though, if something like this is done improperly, a build can quickly go from awesome to awful with just a couple of wrong decisions.

This time, we check in with a 1972 Chevrolet Impala that has received quite a bit of love in the interior department. What we see here is an interior that has been pulled from a Porsche Cayenne and has been reconstructed and reconfigured in order to fit inside of the 72 Impala perfectly.

Just pulling the interior out of another vehicle and making it fit in something different entirely is quite a task. Making sure that everything fits together like factory is definitely nothing short of an engineering experience.

However, not only do we find that this Porsche interior has been altered with a perfect fit and finish to look like something that might’ve come from the factory with the car it’s in now. It also has all of the buttons can control

inside working flawlessly which is another major effort. It’s the sort of attention to detail that takes a good build and makes it great.

After we get done drooling over this factory interior that appears to have been re-wrapped with a custom color, we can get to some of the other awesome points of this ride. Under the hood, we find an LSA engine that should pack quite a punch as well. Not only is the Impala good looking but it also has a sneaky little secret under the hood.

Down in the video below, we get to check out the incredible interior that was done by Stitched by Slick in Columbia, South Carolina.

Be careful because this build is one that’s pretty easy to fall in love with!