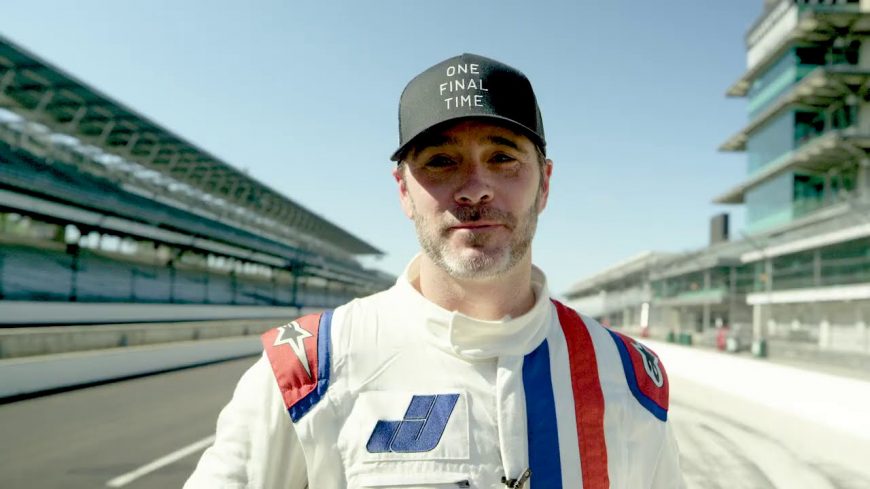 We can argue about lots of things within NASCAR. When it comes to chatting about who the greatest is, fans will dig into everything from rule changes to the different levels of competition to try and make their point. However, when it comes down to the brass tax, it’s hard to deny Jimmie Johnson.

Even though NASCAR has taken on lots of different changes over the years, Johnson has remained pretty competitive throughout. In fact, he has driven his way to seven championship runs, tying with the greatest that the sport has to offer in Richard Petty and Dale Earnhardt.

This year, though, Johnson would make an announcement that it would be his last season. With that came lots of speculation when the COVID-19 cover fell on us all.

Some thought that perhaps he would give it another go next year when conditions returned to normal. Reporters constantly tried to bait him into saying that maybe there was a chance. After all, what would be a better storyline than keeping our eyes on the most accomplished current competitor and seeing if he would take another shot at becoming the most decorated driver of all time, breaking the tie with the aforementioned legends?

Instead, Johnson has remained consistent with the idea that he isn’t going to be returning to NASCAR. At this point in time, having been eliminated from the NASCAR playoffs, it’s also a sure-fire thing that he’s not going to be able to procure that eighth title.

When we all heard this, most probably pictured the driver just rolling off into the sunset and not being talked about on the racing scene again unless it was to compare him to somebody else or chat about past achievements. However, it seems as if Johnson has different plans in mind.

There have been murmurs about the race taking the step from NASCAR into IndyCar. The racing format is entirely different and everything from the physical car all the way to the way that fans interact with drivers is basically on a different plane than NASCAR. However, Johnson is going to give it a shot as he predicts a dive into Indy with chip Ganassi racing come 2021 and beyond.

Down below, we got a little bit of a teaser of what we might be able to expect when he finally does make the jump. It’s unclear just yet if he will be competitive immediately upon entering the series. However, it really seems like Johnson is not only ready for the change but incredibly excited about it as well.