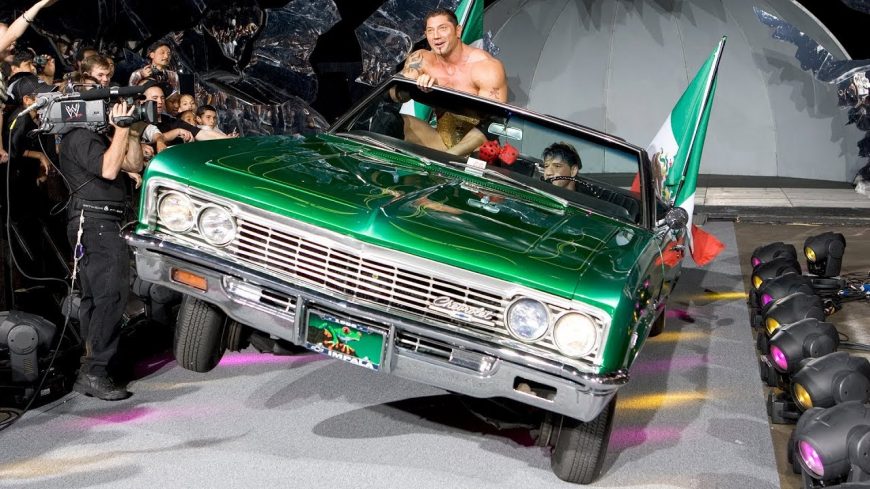 For those who follow the world of wrestling, we get it, it’s fake. However, for those who do, they understand that it’s a little bit more than a bunch of sweaty guys acting like they’re beating each other up. Instead, the sport provides a little bit more than athletic competition. In addition to employing some of the best athletes that the world has to offer, professional wrestling is a theatrical experience as well. In fact, we would argue that those who thrive in the business are as good at acting as they are at physical competition.

The whole idea behind professional wrestling is to make a spectacle and put on a show. In order to most effectively do this, one of the most important tools that a wrestler will use is their entrance. This is the walk from the locker room to the ring.

Normally, it will involve some sort of music along with a choreographed saunter toward the squared circle. Every once in a while, other effects will be thrown in as well. This might include smoke or pyrotechnics. We’ve even gotten to see wrestlers make their way out to the ring in various vehicles. Some of them are definitely more interesting than others. It’s a creative way to add to a character without really doing anything.

Down in the video below, we take a walk down memory lane. In this one, we get to peek at eight of the coolest WWE entrances revolving around a vehicle. Perhaps one of the most memorable would come with the low riders that Eddie Guerrero would feature in his entrances.

That isn’t it where the action stops, though. In this list, we find entrances from everybody likes Stone Cold to John Cena and even the Big Show making his way to the ring in a big rig. If you ask us, it doesn’t get much more entertaining than that.

« The Vantablack BMW is the Darkest Car in the World