800HP BMW M6 Sounds Like a Straight Up Monster! 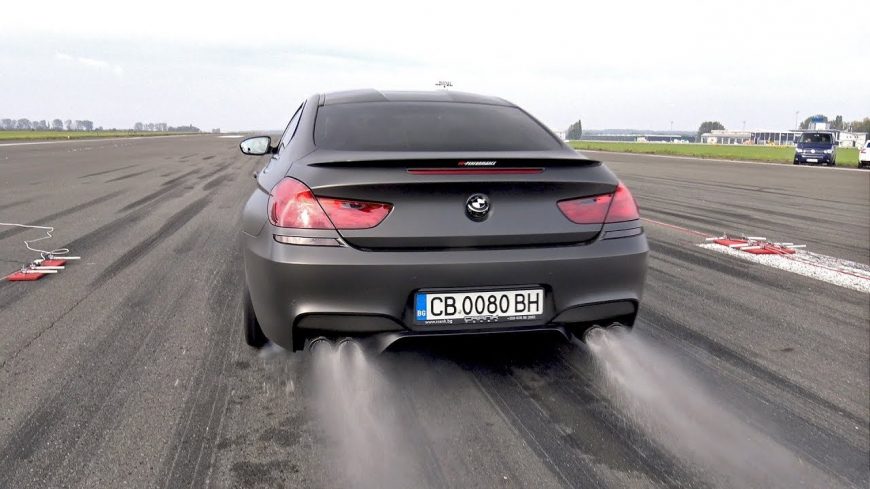 When it comes to some of the luxury performance machines that you have to pick from today, there really are plenty to make heads turn. Sure, on the surface, it might not look like much more than a simple luxury car but when you punch that throttle, you the onlookers may just be singing a different tune that has folks thinking in another way, realizing that maybe it’s not just a simple luxury car equipped with all of the finest features but instead, it also has something under the hood that isn’t to be messed with. That’s exactly the case with this particular BMW.

Instead of just the simple and tame beast wrapped up in luxury, this BMW M6 boasts a little bit more. Under the hood, we check out a power plant that’s comes to life, really spitting out quite a note as it makes 800 hp. When the driver lays into the throttle here, the car sings a melody that says that maybe it’ll be a competitor out there on that airstrip as it appears they are running down a half-mile surface. This thing is certainly ready to rock and if you still aren’t convinced, seeing it in action would be just the thing to do the trick.

Follow along down to the video below that takes you for a ride with the 800 hp BMW that screams out to be quite the beast. After you watch it move away from the camera, spitting out quite a note as it fades into the distance, be sure to tell us what you think of this monstrous machine. Whoever is behind the wheel here must be in for quite a treat as driving this car has to be a blast as you make your way to wild speeds all while being treated with only the best features.