9 Dogs Were Abandoned on this Man’s Property So He… Made Them Their Own Train? 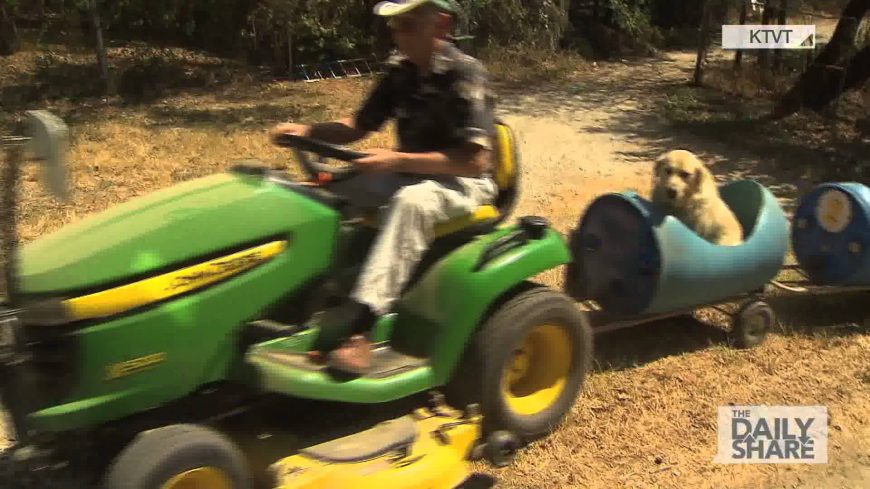 When you take a look at many of the shelters across the country that have become homes for animals who are neglected and otherwise unwanted, sometimes, you really have to question human beings. What would make you want to take an innocent animal and abuse or neglect it? With so many productive things that you can do with your life these days with all of the technology that’s out there to connect people and places to help, it really is a head scratcher that people would do such evil with animals. This time, however, we check out a story that began with a negative that this man turned into a positive.

As the story goes, not one or two but NINE dogs would show up on this man’s property, abandoned and forfeited to the man’s custody, whether he liked it or not. While it might not have been his responsibility originally, any good person here would try and figure out the right thing to do whether it be adopting some of the dogs or taking them to the appropriate organization that would be able to help to find them a loving home. However, when this man came across nine new friends, he had other plans in mind and they aren’t quite the most conventional blueprints in the book.

Instead of looking for a home for any of the animals, he instead decided that he would adopt all nine of them. That isn’t where the story ends, though, because after taking up these dogs into his own home, this good Samaritan would take it upon himself to build them their very own train to get around his property. The train can be seen down in the video below towing the dogs around this new pet owner’s rather large slice of property. I wouldn’t necessarily call this something that would really be a run-of-the-mill to do, however, you really have to applaud this guy for his efforts to help out these otherwise helpless animals.