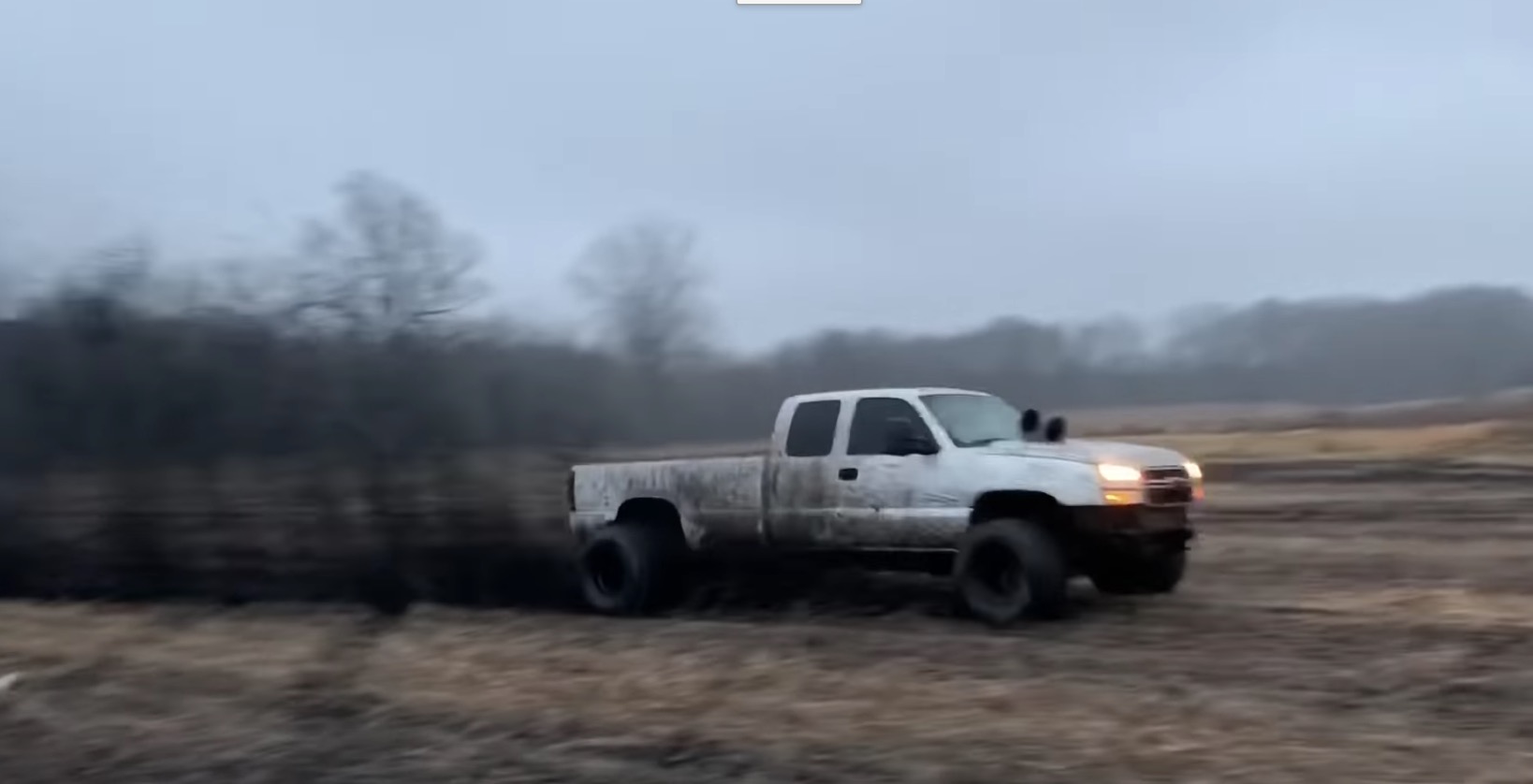 Those who are looking to see the limits of diesel trucks pushed every day, look no further than WhistlinDiesel. The YouTube channel has delved into pushing the limits on these trucks in extreme ways. Those behind it have come up with all sorts of ways to put their Duramax powered rigs through the wringer. They definitely take these trucks where many simply wouldn’t dare. Let’s just say that the Chevrolet Silverado has proven to be a pretty tough cookie after dealing with what these guys have put it through. From some casual off-roading on slicks to blowing them up with Tannerite, we’ve seen some madness unfold.

This time, it’s more of the same and they’re doubling down! Pure mayhem is unleashed as your run-of-the-mill Duramax is combined with a set of paddle tires. We’re not sure that something like this has been done before. However, we’re sure glad that it is now! It’s these kinds of odd experiments that really make YouTube a platform to explore!

Now, when we think of tires this aggressive, we tend to believe that there’s nothing that can stop them. After all, with a good amount of power and a ton of grip, the only thing that could stand in the way is broken parts, right? Well, that might not exactly be how this one ends up panning out. In fact, the elements certainly throw a curveball in the direction of this rig. With a heavy truck, things tend to be a little bit more challenging.

By following along with the video below, we watch as the Duramax powered pickup ends up slinging tons of mud into the air. From the looks of things, it could have been 100 feet or maybe even higher! There’s simply no telling what kind of action is going to unfold with a camera lens and a willingness for mayhem.

« Subaru Recalling 250,000 Cars That Could Lose Power While Driving