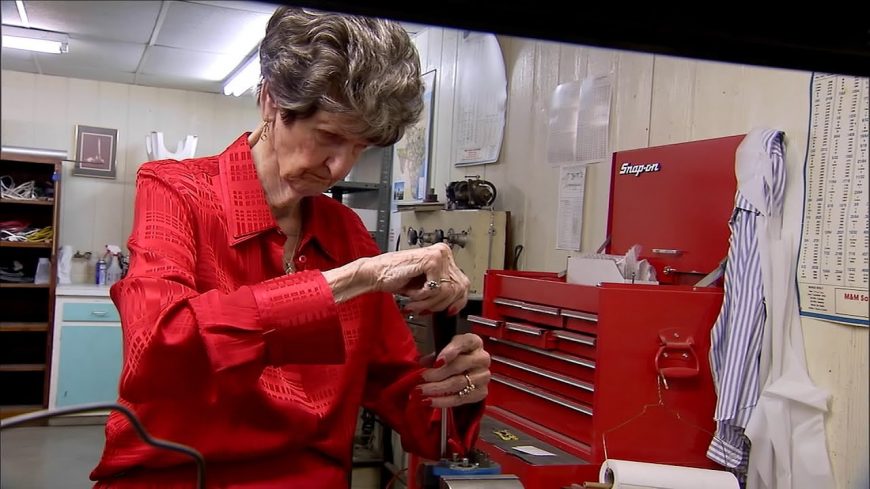 We can’t help but love a good story that really shows the potential of human beings. Being born in the 1920s, Fran Reedy certainly hasn’t always had all of the luxuries that young women of today have. In her time, it was more common for a woman to keep the home while the men would go to work. However, Fran was one that didn’t take “No” for an answer and always kind of carved out her own path, even if it wasn’t what society told her to do.

Therefore, along the way, she managed to pick up some rather interesting skills. All of these years later, at age 93, she is still making the most of those skills and perhaps even passing on a little bit of knowledge to others.

These days, she operates a shop by the name of Francine’s Fancies. Within, we find a whole collection of clothes, some of which she even embroidered and sewed her self. However, it’s the other side of her work that really has managed to attract the masses. Instead of simply selling clothing, the 93-year-old also acts as a mechanic as well, specializing in repairing valves.

In fact, she has been in the business for over four decades. It all started when she got a job selling oil field equipment with no experience at all. As things went on, she would eventually learn on the job to the point where many would probably consider her an expert these days.

By following along with the video below, we get to see exactly what Fran is up to nowadays and how exactly she has kept up her productive lifestyle that has gone against what everybody has told her. If there’s one thing that we personally would gather from Fran, it’s that you shouldn’t let anybody tell you “No.” If you do, you may never realize that dream deeply ingrained in your DNA.