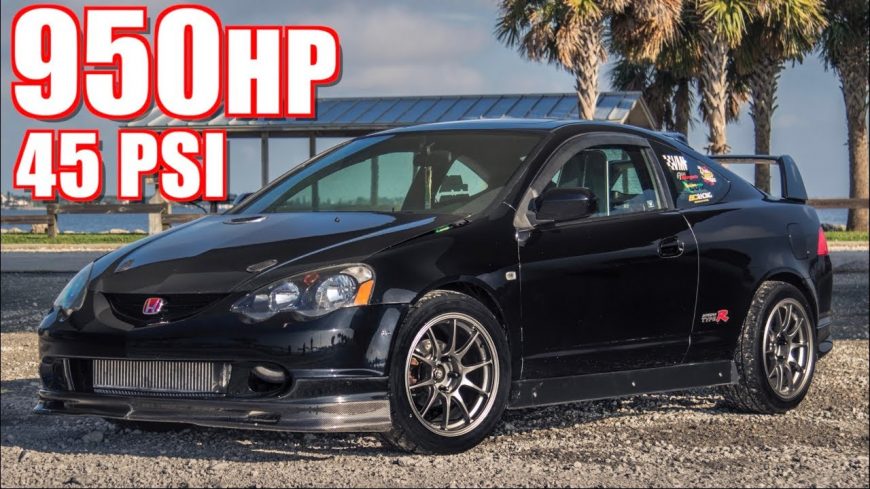 In the scheme of Honda and Acura vehicles that have made their way to performance paradise, we find some familiar nameplates. It’s hard to turn down the allure of a quick Integra, Civic, or even a CRX. On the other hand, it seems like nameplates like the RSX have been hiding under the radar. That doesn’t mean that they’ve been forgotten about, though!

This time, we take the chance to dive, head first, into an Acura RSX that was built for speed. Among its peers, we would be inclined to say that this machine really manages to stand out. When push comes to shove, the Acura is making some major power. The numbers amount to 950 turbocharged horsepower at 45psi.

This time, the crew over at That Racing Channel takes us inside the build. Once we hear about a car like this, we can’t help but want to learn more. That’s precisely what’s going to happen when TRC starts asking just the right questions.

What good is a car feature without getting to see the subject matter rip? Mixed in with learning a little bit more about the platform, we also get to see it go to work. In healthy pulls on the street and track alike, this stick shift machine absolutely is able to rip through the gears with a vengeance. We can’t say that there are too many folks who would want to run into a machine like this in a dark alley.

By following along with the video below, we get the lowdown on one of the gnarliest RSXs on the web! This thing is certainly a head-turner that brings a little bit more to the table than meets the eye. If you can’t get excited about this FWD flamethrower, it might just mean that you don’t have a pulse!