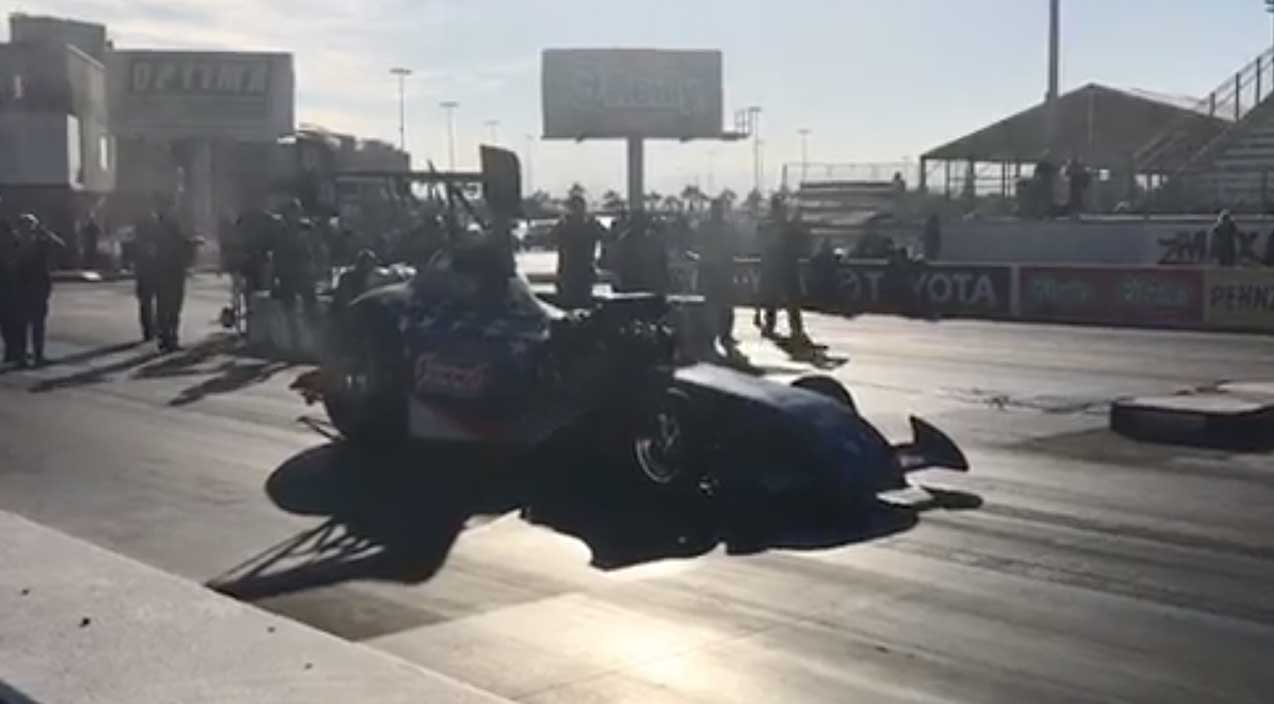 Y’all… This is possibly the coolest thing I’ve seen all year, maybe in the past couple of years. It’s no secret that Tim Wilkerson, one of few independent racers in the nitro funny car ranks, is one of the coolest guys in the NHRA. He stays pretty low key for the most part, but if you ask around, fans and his fellow racers will all tell you he’s a cool dude. His fans even buy out a whole section of the grandstands at Lucas Oil Raceway for the US Nationals and hang a sign declaring themselves “Wilk’s Warriors”.

If you need any more proof that Wilkerson is an awesome guy, just scroll down and hit the play button. What you’ll see is actually Tim’s Ford Mustang funny car. No, it really is, I promise. However, the flopper body is gone and draped over the chassis is what is known as an altered body. Harkening back to the 60’s and 70’s, cars are known as fuel altereds used to tour the country, putting on some of the wildest shows on four wheels (most of the time). Wilkerson decided to have an altered body made to fit his funny car, but he also wanted to see it go down the track himself, so he stepped aside and let fellow veteran funny car driver Richard Hartman take the car for a leisurely stroll down the 1,000-foot track on Monday after the fall Vegas race.

As you can see, the body looks insanely cool, giving the gangly funny car chassis a more svelte profile, especially with the huge wing bolted to the top of the cage. Hartman laid down a nice smoky burnout, then staged the car up just like he would a typical nitro funny car. A flash of amber, then green, and the car roared to life, putting down all 11,000 horsepower on what appeared to be mid- to low-4 second 1,000 foot pass. I can’t tell if the scoreboards were even turned on, much less make out any numbers, but the pass sounded solid, although there was a bit of smoke toward the end of the run.

Hopefully, some data from the run will be revealed and we can find out just how quickly Hartman reached the finish line, and at what speed!