A 500 Horsepower Homemade Giant, the Story Behind the Honey Bee 2WD Tractor 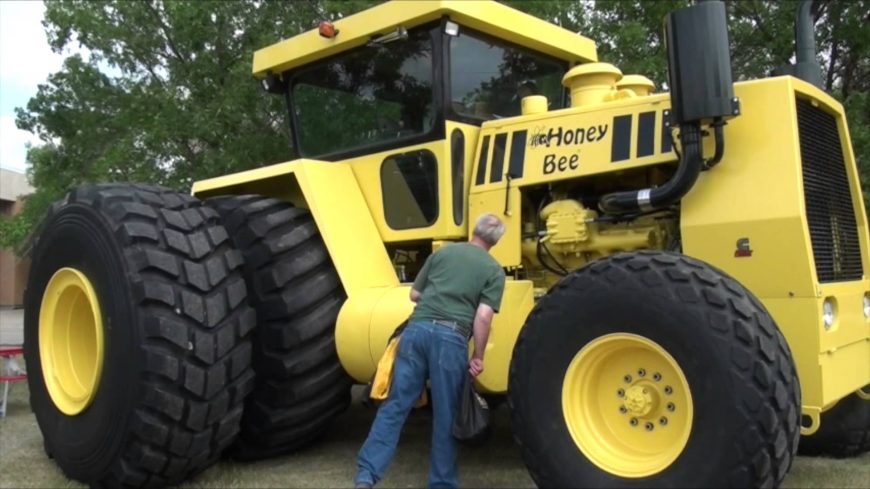 Greg and Glenn Honey operate Honey Farms in Bracken, Saskatchewan. The brothers realized back in 1978 that they needed a bigger tractor to use on the farm, and – if you’ve ever priced big equipment like tractors, you know what I’m about to say – the price of buying one was very prohibitive, so the brothers put their heads together and decided they would take a shot at building their own.

They spent the summer and fall of 1978 gathering the necessary components needed to complete the project, then built it during the winter months. Come time to plant the following spring, the Honey Bee tractor was ready to put in work on the farm. Greg, who had experience in the heavy equipment field from a previous job, says the project cost around $40,000, which was quite the bargain even at 1979 pricing. The Honey Bee may have lacked a few of the electronic gadgets found on more modern – and more expensive – tractors, but it got the job done for over 15 years. The brothers liked their Honey Bee so much that they built a second one, though both have now been retired, the second one awaiting it’s restoration so the brothers can take it to the local tractor shows as well.

« 7 Glove Gadgets Put to the Test