This is NOT how you want to start your work day!Get 2x the entries is live to win a ...

This is NOT how you want to start your work day!

An overhead lift is offloading a brand new American Engineered locomotive from a cargo ship when one of the chains snaps, sending the massive train engine crashing to the concrete below.

Luckily all of the workers were clear of the falling engine, which would have caused this awful situation to be far worse. According to the video’s description, the frame of the locomotive was snapped and all of the rotating apparatuses were destroyed, meaning the entire engine is likely junk and will have to be scrapped once any useable components are removed.

While this was a terrible incident, it could have been much worse if anybody had been in the way. Luckily, the only fatalities this day were the locomotive itself and the the chain used to lift it.

Chain Breaks While Loading Heavy Equipment on a Cargo Ship 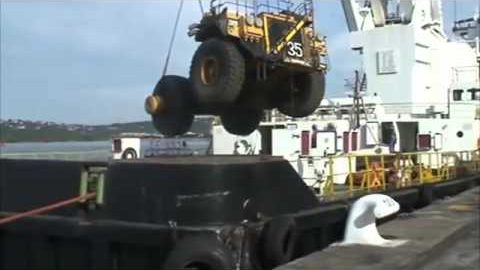