When you find yourself trying to pull off a stunt on whatever vehicle you find ...

If I were to have to make a guess and were a gambling man, I would probably put money on the fact that this video was the result of a little bit of overconfidence coming to light when this guy hopped on a snowmobile and tried to do a little something for the camera.

It appears as if the overconfidence is something that really came into play when this rider tried to do a wheelie on this tracked machine (would that make it a tracklie?), when all of a sudden, the front end decided to lift up a little bit more than the daredevil had bargained for, throwing the entire machine over backward and tossing the rider to the ground where he would feel a nice hefty crunch from the heavy mass.

I’m not sure about your threshold for pain, but I would be inclined to think that this is going to be one that this guy is going to be feeling in the morning. I’m sure that he’ll be able to shake off that bump eventually, but that’s not one that you’re going to get up from without any sort of ill effects.

This Snowmobile Crash At 90MPH Is A COMPLETE YARD SALE! 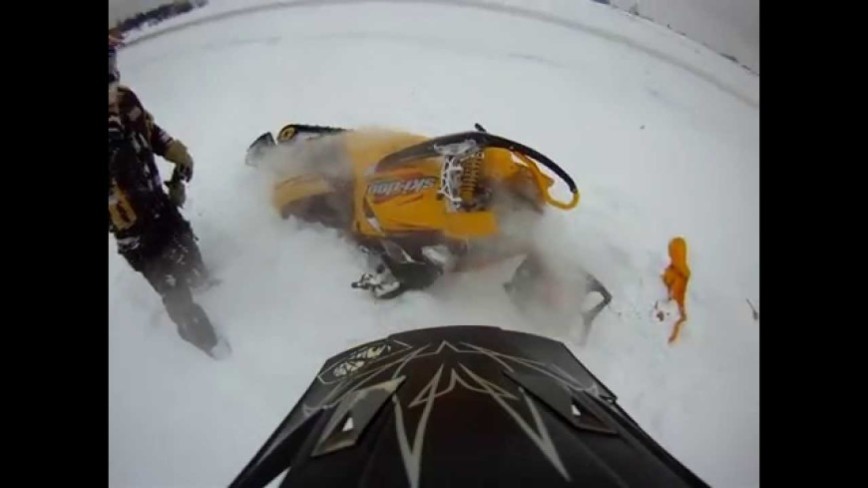