A while back, we introduced you to Bobby Dodrill and his insane Miss Misery all wheel ...

A while back, we introduced you to Bobby Dodrill and his insane Miss Misery all wheel drive C10 pickup. Bobby and his small crew, which consists of his wife and best friend, headed to the Outlaw Street Car Reunion at Memphis International Raceway to try to break his own all wheel drive record on the ultra-sticky Tyler Crossnoe track prep. During the event, the guys over at Drag Racing Scene caught up with Bobby and found out just what it takes to make Miss Misery the baddest AWD ride on the planet.

One of the key pieces of the puzzle is obviously big power, and this truck has more than enough of that thanks to the massive blown Keith Black big block powerplant. The engine feeds a pro mod-style transmission that then feeds a power splitter, which sends half the power to the rear wheels and half to the front. From there, the power transfers out to the radial-wrapped wheels via custom Moser differentials on both ends of the truck.

Bobby rides in a factory steel cab, though the truck does have a custom glass front end to help with weight reduction. However, the hefty hauler is still quite heavy, tipping the scales at 3100 pounds at race weight.

At OSCR 4, Dodrill and company dropped their own all wheel drive record by quite a bit, knocking a quarter second off the previous-best 4.55 second elapsed time. Bobby laid down a quickest ET of 4.30 seconds at 170 MPH, firmly cementing his place atop the AWD list. Of course, we don’t expect Dodrill and his crew to rest on their laurels. They will continue to tweak the tuneup and push the truck even deeper into the 4’s. Congratulations to the Miss Misery team, and we wish you guys all the best as you continue to push boundaries with your badass hotrod! 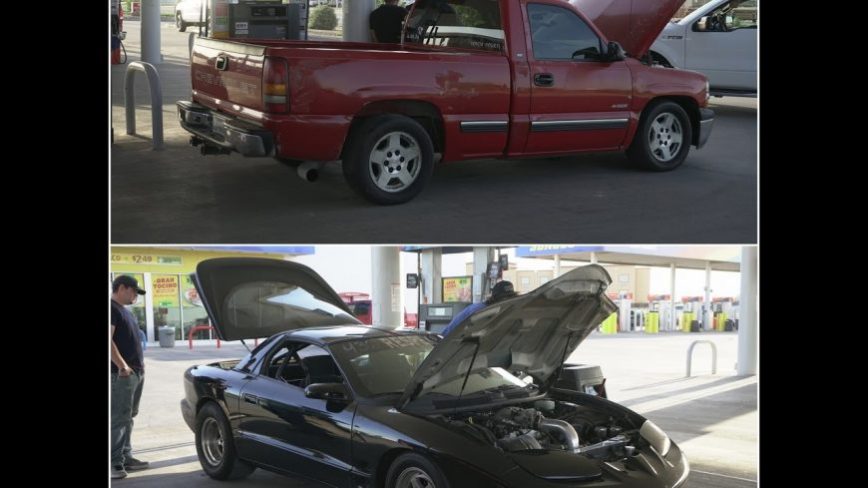