A Dune Buggy That Can Do Wheelies On The Street?

Posted by: Jeremy Patterson on February 4, 2018 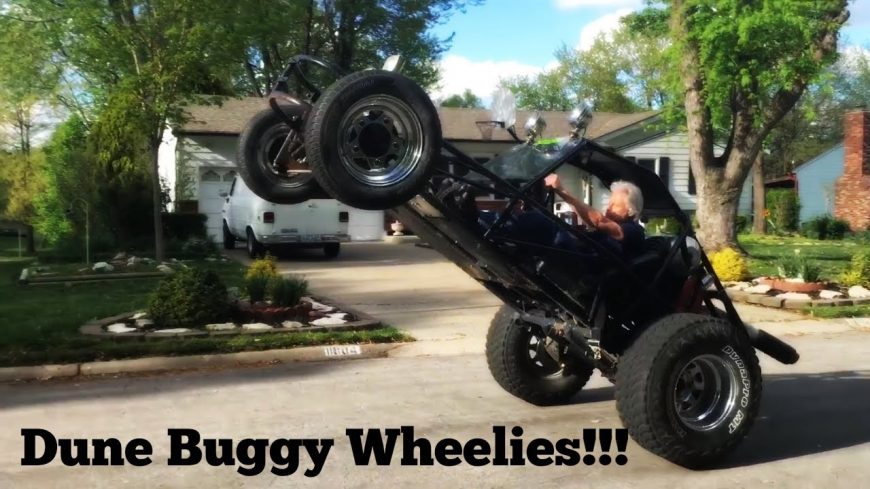 Dune buggies, or sand rails as many call them, are quite literally built just for having fun. While many of them that we see are ridiculous, over-the-top twin turbo V8 builds that cost tens of thousands of dollars, that’s really not always necessary to have a ton of fun. This video is a perfect example of that!

We don’t know how much this guy has in his buggy, but you can just about bet it’s less than what you could buy a decent used car for, but instead of some lame daily driver, he has a rig that he can take quite literally anywhere and have a damn good time, even on the cup-de-sac he lives in, as you can see. I’m not even sure this guy realizes how cool the engine in this thing is, but die-hard Mustang fans certainly perked up when he said the engine is out of an SVO Mustang. While the turbo SVO engine was certainly the rarer and more sought-after powerplant, this is still a pretty cool choice, providing him some nice power in a relatively small and lightweight package, allowing his buggy to be more nimble than those with V8’s out back.

Just looking at this setup from the side, it’s pretty obvious just about any engine with a little power will send the nose high into the air thanks the the the engine being way out back over the rear wheels. With only some bars and the front wheels out on the nose, the center of gravity is way toward the back, so even just a little throttle sends the nose skyward, as you can see when the owner’s buddy gives it a kick and scrapes the bottom of the frame on the ground right there in the street.

We certainly love our buggies, from the top-end, high-dollar rigs to the budget-friendly, home-built rigs that just about anybody can afford to buy, and many gearheads have the skills needed to build their own, which is even cooler!

« Woman Leaves Child in Car to Argue After Accident, Leaves Car in Gear to Roll into Highway