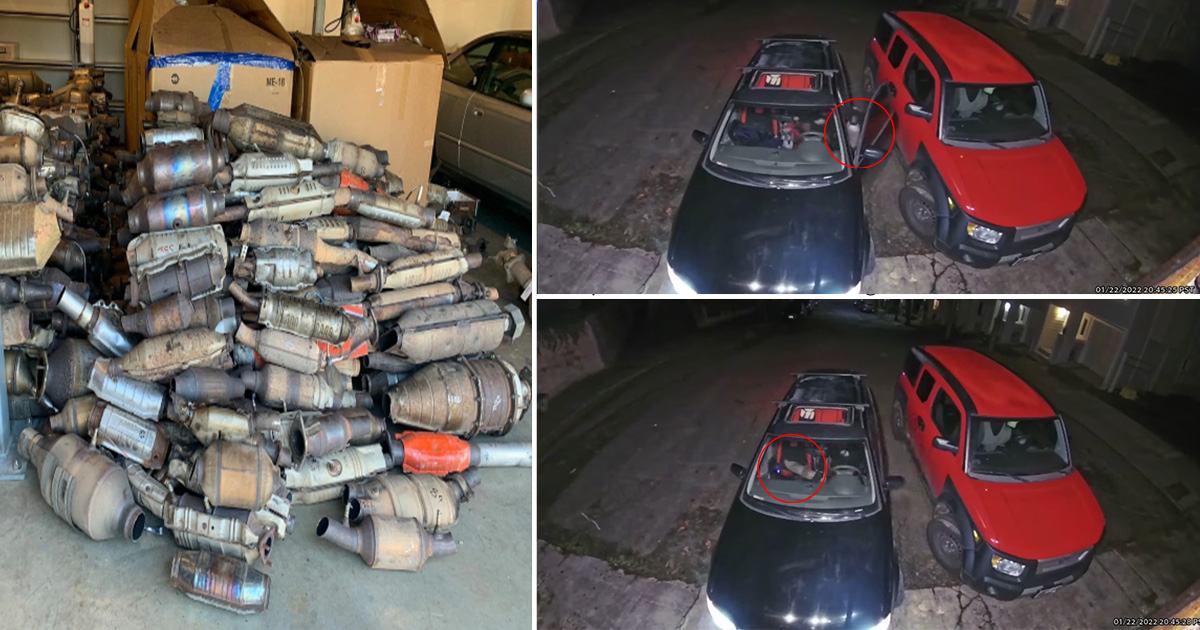 Catalytic converter theft has been a hot topic of discussion around the water cooler that has most certainly become a very real issue for many Americans. Something that might’ve once been seen as an occasional crime perpetuated by someone who just needed a couple of bucks has since been turned into a criminal enterprise worth millions of dollars. The rise in the price of the converters that can be sold for as much as $1200 has certainly provided more incentive to would-be criminals.

Recently, we would see what might just be the biggest catalytic converter busts ever as police brought down part of an operation that they estimate to be worth more than $22 million since January of this year. The month-long investigation from Beaverton police in Oregon has turned up a crime ring that is said to have been responsible for catalytic converter thievery up and down the West Coast, according to a report by The Oregonian.

This report cited two ring leaders and 12 accomplices who have since been indicted by a Washington County grand jury with “aggravated theft, racketeering, and money laundering charges.”

The Oregonian tells us “The investigation began in late 2021 when detectives said Tanner Lee Hellbusch, 32, of Beaverton, was running an illegal fencing operation by posing as a legitimate business buying and selling catalytic converters. In March, police said they pulled over Hellbusch with more than 100 stolen catalytic converters, worth about $80,000 on the black market.

Hellbusch’s arrest led detectives to the person they believe is the top of the criminal enterprise: Brennan Patrick Doyle, 32, of Lake Oswego.”

All of this would lead to a late July recovery of 3000 catalytic converters that were found in a rented lakefront house in Lake Oswego. Authorities are also said to have found hundreds of thousands of dollars in cash along with other riches like jewelry and even a high-end car.

Perhaps the craziest part of this bust that has authorities accusing the operation of stealing 44,000 converters worth the aforementioned $22 million is that the arrest and seizure are believed to have covered just a small part of the ring. Instead, authorities also say that the crime ring operated by shipping some of their converters to the East Coast and even internationally. While authorities haven’t released the full details of the ongoing investigation, they believe that there might be dozens if not hundreds of people involved. Perhaps, this is just the tip of the iceberg.

For those who would like to protect themselves from this sort of crime, good luck. Some have tried to install cages to protect their converters while others have etched their vehicle’s identification number into the unit. However, there doesn’t seem to be a very reasonable way to protect oneself from such a crime aside from parking the vehicle inside.