A New Perspective on the Billionaire’s Son Who Crashed the $3.4m Dollar Pagani

A New Perspective on the Billionaire’s Son Who Crashed the $3.4m Dollar Pagani

If there are two things that seem to go hand-in-hand, those are rich people handing ...

If there are two things that seem to go hand-in-hand, those are rich people handing over the keys to high-end cars to their kids and then those kids subsequently wrecking the cars. We aren’t necessarily here to break down why that is or anything of the like but its hard to ignore that things like this happen pretty frequently.

One of the most recent cases of this to go viral would come when the son of a billionaire would end up crashing an incredibly rare car. Normally, stories like this won’t gain as much momentum as this one has. However, the car in question here was a $3.4 million Pagani that costs more than most people will earn in the average working career. To really make the story have mass appeal, the car was believed to be the only one like it in the States.

This time, though, we check in with automotive content creating cornerstone, Rob Ferretti as he gives his opinion on the situation. Normally, we find that Ferretti has a way of presenting these things with a level head on his shoulders when a lot of the internet is busy freaking out for no reason.

In this one, we get the same approach. It seems as if Ferretti chooses to take this one on from a different angle than most. This approach involves a pretty big “Don’t care” attitude from the presenter. The attitude doesn’t seem malicious but instead, Rob makes some pretty solid points.

Is the car incredibly expensive and rare? Sure.

Is much of anything going to be lost in the equation? Probably not.

It’s incredibly hard for the average person to gather the frame of reference that a billionaire has and that seems to be the missing puzzle piece as we peruse comment sections around the web as the story has been reported by many outlets.

At the end of the day, it does suck to see such a high-end exotic wadded up like that. However, since nobody was really hurt, the billionaire will probably just buy another car as another one will be produced and life will go on as normal. As it turns out, $3.4 million isn’t all that much to someone who is worth more money than could ever be spent by most. 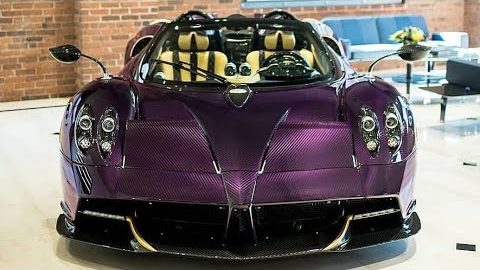