A Plane Taking Off on the Las Vegas Strip? That Just Happen! 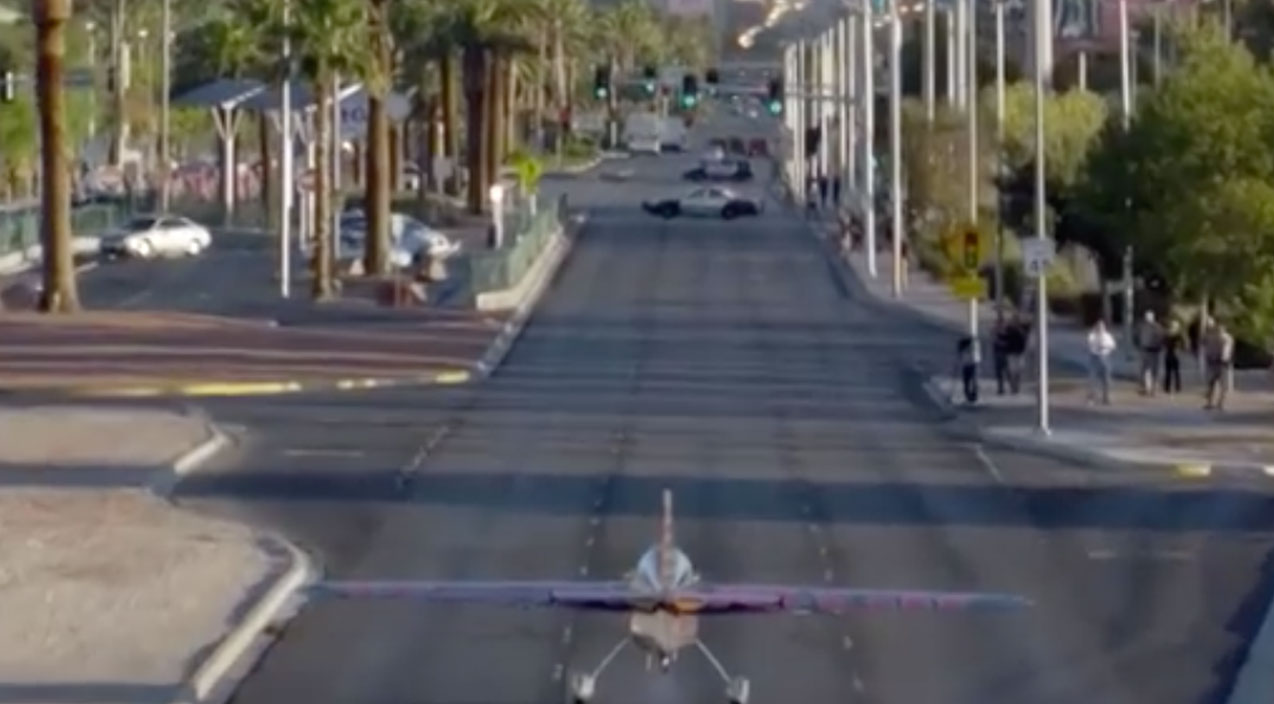 Red Bull is no stranger to pulling of some crazy publicity stunts, and it looks like they’ve just thrown down the gauntlet with yet another awesome spectacle.

Team Red Bull pilot Kirby Chambliss took to the glamorous Las Vegas Strip in his wicked stunt plane, where he whipped the diminutive aircraft around in the street and throttled up to take to the sky, launching right off the iconic street into the bright blue skies above. The stunt is likely a build up to the upcoming Red Bull Air Race, which takes place next month in San Diego. We can’t help but wonder if Red Bull will pull off any more stunts before the San Diego event.

Check out the video below of Chambliss in action, screaming into the skies above the glittering Sin City skyline.

« That Car is Moving! Jeff Lutz and Mad Max vs Petey Small Block