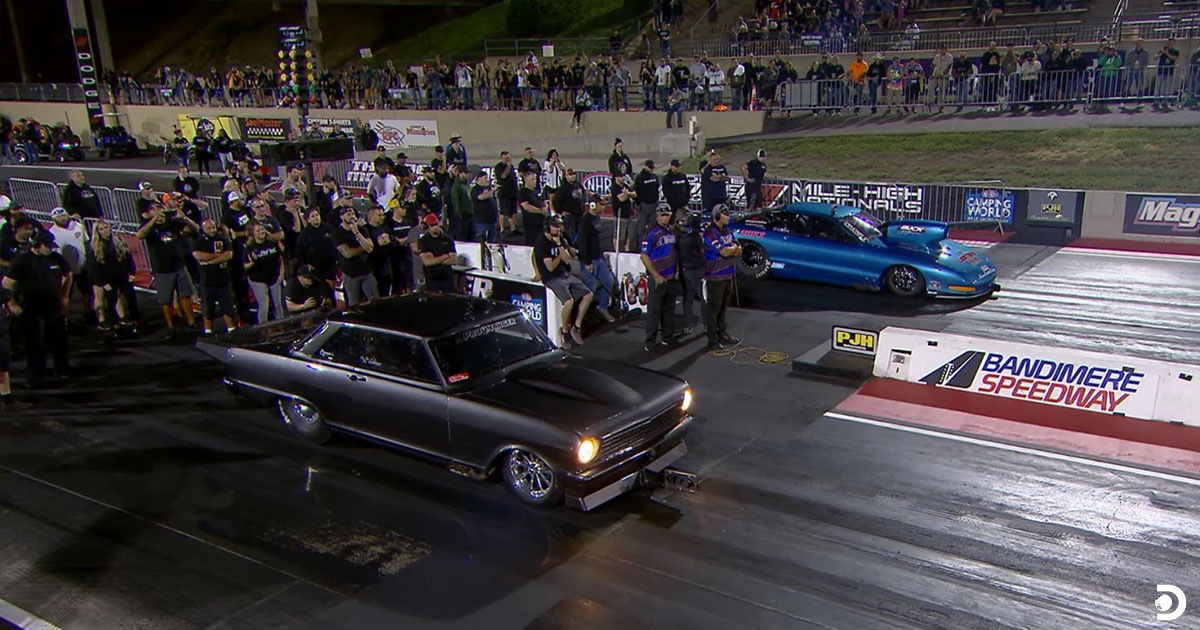 Nothing is better than a little bit of a storyline to complement the awesome racing that we see on the track. Sure, watching a couple of top-tier competitors like Daddy Dave and Jerry Bird throw down at No Prep Kings is an absolute treat no matter what context it’s in. However, when there are bragging rights on the line because of an existing tie, things get even more interesting.

In this particular race, the juggernauts pull up to the line getting ready to go to battle. While Daddy Daves is generally regarded as a favorite in pretty much every match that he rolls into, Bird is certainly no pushover as he’s a competitor to be taken seriously. Bird might joke that he is the Buffalo Bills of No Prep Kings because, at this point, he had never won anything yet just like the Bills haven’t won a Super Bowl, but don’t let the jokes fool you – if you’re not on your A-game, Bird will take home the win.

As the competitors roll up to a line, they are facing a 2-2 tie. One of the beautiful things about drag racing is that one person is taking the win and the other person’s going to go home with their hands in their pockets. The fact that we have a winner and a loser after just a couple of seconds forms as pure of competition as there is.

By following along with the video below, we get to check in with his tiebreaker grudge match that features a couple of awesome competitors going to battle. At the end of it all, the race ended up being a close one but there can only be one winner. Check-in with a clip from Discovery to see who exactly it was that went home victorious.