Aaron Kaufman, AKA The Bearded Wonder Is Leaving Gas Monkey Garage For Good!

Aaron Kaufman, AKA The Bearded Wonder Is Leaving Gas Monkey Garage For Good!

Sure, it might take some time but with enough effort and just the right combination ...

Sure, it might take some time but with enough effort and just the right combination of factors coming into place, dynamic duo’s can be born and rise to the top of their respective ladder. With that in mind, we have seen quite the iconic duo come to life in the car world through the amazing creations of Aaron Kaufman and Richard Rawlings.

Because this Gas Monkey Garage leading duo has been so iconic, it is with great shock and awe that we report that the pair will no longer be as an official statement released by Richard Rawlings himself tells us that Kaufman has decided to call it quits with Gas Monkey, an operation that he is been a part of since day one.

Richard Rawlings commented on the matter saying that the decision “came completely out of left field,” continuing that Aaron was a part of the Gas Monkey Family and praising him by saying that it will be a “painstaking process moving forward without his talents” but assures us that it’s a team operation and Gas Monkey will be able to push along, claiming it would “be an insult to everyone here at Gas Monkey who has been putting in the work these past few years to say that we can’t do it without him.”

It’s hard to believe that something like this has fallen from the sky so suddenly but as of now, the cards have fallen where they may and all that’s left to do is move forward to see what comes next. What does this mean for the dynamic behind Gas Monkey’s operations? What does the future of Aaron Kaufman hold? Only time will tell!

We’re sure that both Gas Monkey and Aaron will strive with flying colors no matter what they decide to do next! Richard agrees by wrapping up his official statement by saying “Not every day was good, and we had our share of disagreements, but it has been a hell of a ride and I would not change a minute of it. Neither of us could have achieved this without the other. Thank You, Sir.”

What YOU Don't See On The Show. Instant Karma Served at Gas Monkey Garage! 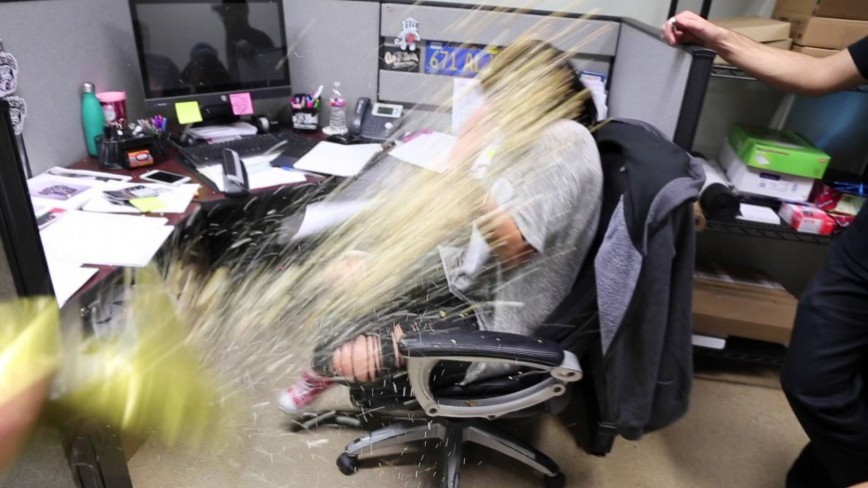