To the untrained eye, even if you were to stumble across a collection of a ton of ...

To the untrained eye, even if you were to stumble across a collection of a ton of Corvettes, 36 to be exact, it might be pretty neat to see you and maybe you can see some sort of value in it but with this Corvette collection, in particular, it’s worth is pretty astounding beyond what most would assume, to say the least. On the surface, as the collection has been left behind and covered with dust, it might look like nothing more then an old junkyard filled up with Chevrolet products, however, when you get a little bit closer and look at what exactly what the Chevrolet products are, you might learn that they could be worth millions of dollars.

To summarize this thing for you in the most efficient way that we possibly could, the years of production of the Corvettes in this collection start all the way back in 1953, the first year that the Chevrolet Corvette ever existed. As the Corvette evolved, so does this collection as it includes not only the oldest Corvettes but also every single model year for the next 35 years and each one has their own specialty to bring to the table. With some years of the Corvette being worth copious amounts of money and others maybe lacking in that category, some pieces of this collection certainly promise to have an insane amount of value, especially considering that it seems as if all the cars here look to be in fairly good shape and have actually managed to be protected by both the environment and the thick coat of dust on top of them that would disallow the paint to be touched by anything else.

The collection would be purchased in its entirety by an individual by the name of Adam Heller and according to him, he would immediately be approached about having these cars purchased by other collectors, even further keying us into just how valuable some of the machines might be. As far as we know, the purchase which happened in 2015 started to break apart the collection piece by piece, restoring the cars slowly but surely.

Three years later, we don’t really have very many updates on what exactly happened to all of the pieces of this collection but we wouldn’t be shocked to hear that most of them are restored and have found a new home by now. 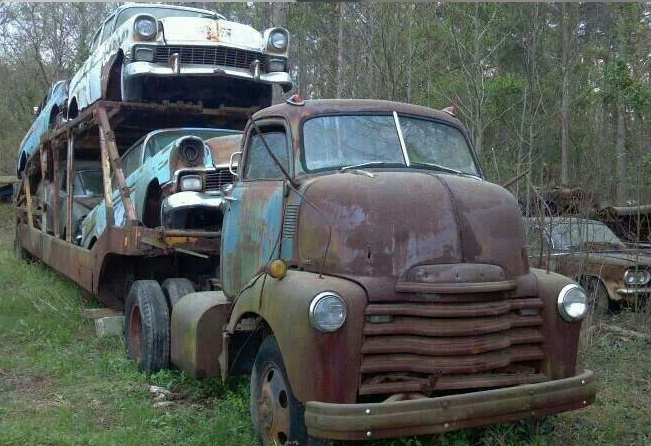