Normally, when it comes to an average barn find, there’s not much beyond the ...

Normally, when it comes to an average barn find, there’s not much beyond the vehicle to see. However, every once in a while, an individual might just stumble upon something a little bit better. Maybe it’s not just a car that’s lurking in the weeds and waiting to be explored. Instead, we might see an entire living space that the owner just up and left. In this case, it really looks like one day someone was living a normal life with a touch of extravagance. The next, they were nowhere to be found. That really begs the question of what exactly happened here.

The only evidence as to any sort of backstory is what’s left behind. It all starts in the front yard with what many would consider being the ultimate barn find. The first thing that greets our attention is none other than a third-generation Chevrolet Corvette. Beyond that, we see even more cars including a Mercedes-Benz amongst other high-end vehicles. They all really look to be in pretty good condition, given the circumstances. This leads us even further to believe that the person who was living here had to get out in a hurry. It’s not every day that cars of this caliber are simply left behind. It really looks like somebody cared for them at one point or another before leaving the premises.

When following along with the video below, we’re exposed to a situation that is downright eerie. From bedrooms full of furniture to closets that still have clothing in them, this one is really piqued the curiosity. It even appears as if these two youngsters stumbled upon some weapons lurking within the house. The deeper they dig into it, the more questions become unearthed.

Perhaps you can be the one to solve the mystery!

Inside Henry Ford's Abandoned Utopian City In The Amazon Forest! 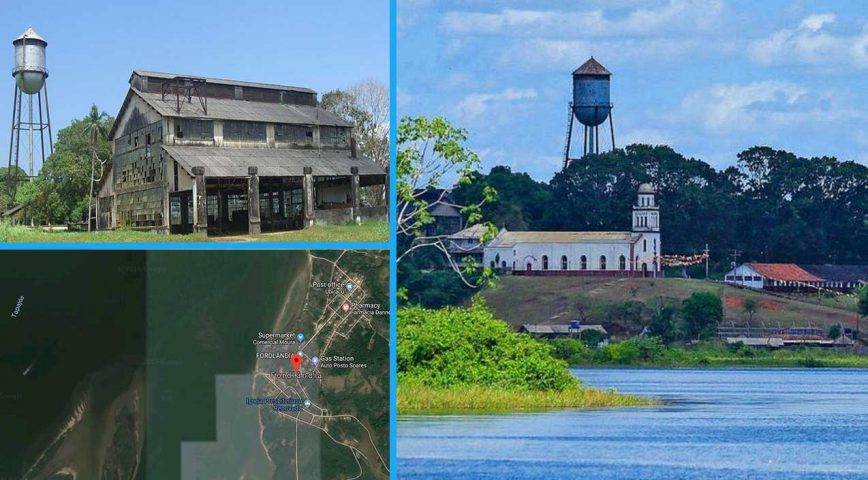