When it comes to different forms of off-road motorsports competition, the adrenaline ...

When it comes to different forms of off-road motorsports competition, the adrenaline flows from an open tap. These guys and girls really push their rigs to new heights both literally and metaphorically. One of the byproducts of pushing a rig to its limits might just be something that the driver doesn’t want.

Let’s just say that things don’t always go smoothly when rocketing through the unknown terrain. Sometimes, a miss-step along the way could send a vehicle flying in an unsavory direction. This is where things can begin to get rather dicey.

In this one, we catch up with a recap of some of the Busted Knuckle Films events from over the years. More particularly, highlighted are the moments that didn’t go exactly according to plan. As rock bouncers hop up on uneven terrain, mud trucks are sent into the air, and more, sometimes the plan goes off the rails.

As compared to other forms of motorsports, we might even argue that the most intense crashes come off-road. These drivers really push it to the limits as they pin the throttle and head into unforgiving terrain. Knowing that the rig is built to be able to handle all sorts of abuse can really give a driver a lot of confidence. On the other side that confidence, though, sometimes, things don’t always stay upright.

By following along with the video below, we get to catch up with maximum destruction! This showcases a collection of moments that has everything turning for the worst in a moment of seconds. Luckily, these rigs are hooked up with some of the most intense safety equipment on the market. Therefore, drivers rarely get seriously injured. However, it has to be quite a whirlwind going upside down when you’re wide open! We’re sure that it’s hard to know what something like this is like until you’re upside down yourself. 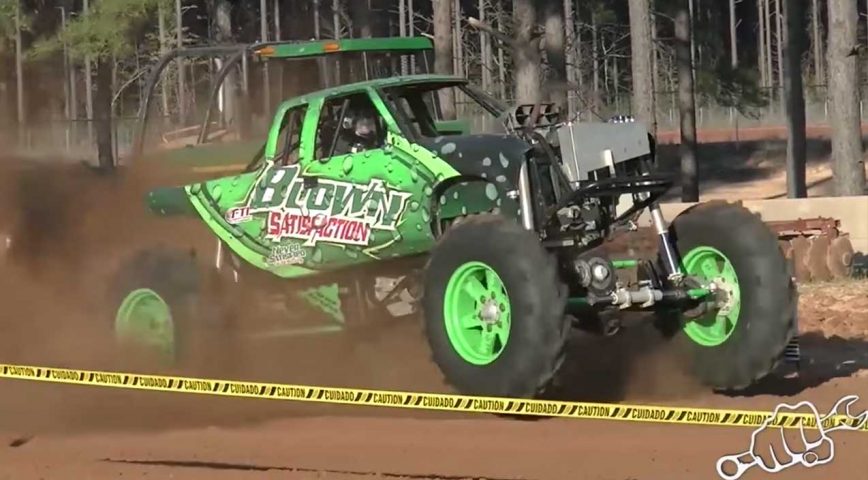